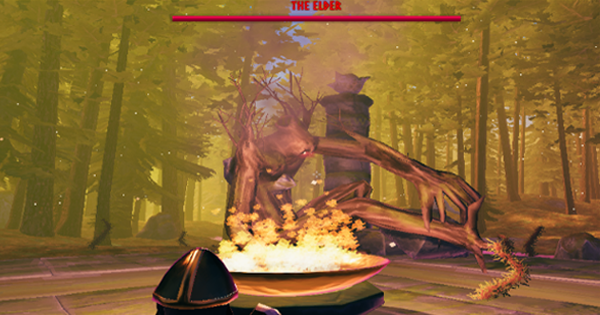 Valheim
Elder Guide - How To Summon The Second Boss

Beginners Guide - How To Get Started

How To Locate & Summon The Elder

To Pinpoint the location of the Elder you must venture forth on the Black Forest Outside and look for it's Vegvisir. The vegvisir actually appears randomly, so it could possibly located in a greydwarf camp or a burial chamber.

Once you Interacted with The Elder's Vegvisir, it will automatically pinpoint its location on the map. Keep in mind that this appears randomly as well.

How To Summon The Elder

Once you've reached the Elder's location you'll stumble upon a cauldron. That is where you'll summon the Elder with a special key item.

On the Elder's altar, you'll also see a runestone hinting at what you need to offer to summon the Elder. You need to search for Ancient Seed.

To locate Ancient Seeds all you have to do is look for a Greydwarf's nest and destroy it and an Ancient Seed should drop.

The Greydwarf's nest will be guarded so make sure to kill all nearby enemies before destroying the nest.

Once you collected 3 Ancient Seed, you can now summon the Elder. Take note you must be prepared first before facing The Elder as he can be a bit challenging.

Equipping The Bronze Armor Set Or The Troll Armor Set

There is actually 2 armor that we would suggest that you can use. First, would be the Bronze Armor Set, if you’re not confident in your dodging ability and would rather take less damage, use the upgraded Bronze Armor Set.

Second is rhe Troll Armor Set, which is also a perfect armor that you can equip so if you prefer to move around speedily & have an easier time to dodge attacks, then the upgraded Troll Armor Set is for you.

To obtain these items you need to craft them at the workbench but these armors requires certain materials. So we have created a list for you to get these Armors.

To get the materials for the Troll Armor Set all you have to do is kill a Troll to obtain its Troll hide. But, take precaution as Trolls deals a lot of damage and has a decent armor to match it.

Since the Elder is made of trees I would suggest that you bring a lot of Fire Arrows to deal a lot of damage as ordinary arrows wouldn't be enough to deal damage to the Elder.

We would also suggest that you bring about a hundred Fire Arrows, though you can definitely defeat the Elder with just 50, if you aim at the chest with a glowing purple that looks like the heart you might have the chance to defeat it quickly.

Before heading to battle don't forget to eat up. Always keep in mind that you must be at full health & stamina on defeating a boss.

For the food combination for this fight, we would suggest Cooked Meat, Grilled Neck Tail & Yellow Mushroom as it should provide you at 114 Health Bar & even more stamina.

Before going to battle remember to upgrade your Weapons & Armor. If you upgrade the Bronze Armor Set, it should give you more protection and as for the Troll Armor Set have it upgraded to level 2 so it should be able to make you move more quickly by wearing it.

This attack can hit you from a far away & it deals a lot of damage,.

We would suggest that you keep your distance, save stamina and start running away as soon as you see the Elder shooting at you.

The Elders summons roots to assist him, the good thing is that those roots will be just at one place but get too close it will be able to hurt you.

One of The Elder's lethal attacks, a massive stomp, kinda looks like the Elder is just stomping a cockroach.

Strategy Against The Elder & Its Weakness

Use The Pillars As Cover

This ranged attack gives a lot of damage so one the best way is to go to one of the pillars to avoid it, some vines may still be able to reach you but, it doesn't take too much damage.

Pay Attention To The Roots

Basically the Elder summons roots underground so what you need to do is check where they are popping out since those roots are like his minions & can also hurt you if you go near it.

The Elder's stomp is one of his close-range attacks, it's pretty simple but it can be deadly if not blocked by a shield. If you were able to block it, you should stagger a bit from that attack.

Fire Is Its Weakness

This where the Fire Arrows will come in handy, keep aiming Fire Arrows at the Elder and you'll the greater advantage as it is weak to fire.

Once you have defeated the Elder it will drop rewards for its defeat.

The Elder's buff can be acquired if you placed the Elder's trophy on the starting spawn and you should have the ability to cut wood faster.

After Defeating The Elder

After the Elder's defeat, a Swamp Key dropped from it as that key can unlock the Sunken Crypts in the Swamp biome.