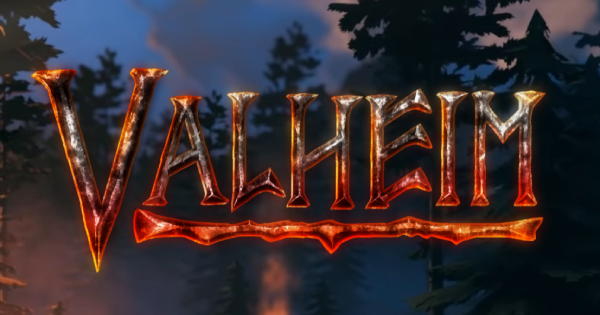 Hearth & Home Update Will Be Released In September. NEW!

The devs have posted a cinematic video for the Hearth & Home Update and have also revealed the release date for September 16.

The devs have posted about Valheim's first major update, and they've included huge updates for Hearth & Home! They've also mentioned that they won't be able to deliver all 4 updates this year. The first update is set to release in Q3 2021, which will be this summer.

Click Here For More Information About The Hearth & Home Update!

The full version of the game will be available sometime in the near future.Check Out Valheim On STEAM (Official Page)

Some people have been able to discover Mac files for Valheim through a 3rd party app. Would we see Valheim coming to Mac soon?

• Valheim has been watched for a total of 35 Million Hours of Gameplay Twitch!!

Valheim game devs have announced yet another milestone and have reached 4 million & also stated the following breaking records:

• Over 80,000 have given ‘Overwhelmingly Positive’ reviews

• This past weekend, they have hit 500,000 concurrent players & thus putting Valheim on the top 5 most played games on STEAM!

• Valheim is still on Steam’s Top 250 best reviewed games of all time and is now sitting at 57th place!

Valheim game devs have announced that this month was truly "wild", as they've been able to reach their next milestone: over 3 million Vikings (Players) have entered Valheim to prove themselves to Odin!

The Valheim game devs have let us know that the game has been continuing to break records:

• Over 60,000 have given ‘Overwhelmingly Positive’ reviews

• The game reached Steam’s Top 250 best-reviewed games of all time (78th and climbing!)

• The 7th most streamed game on Twitch, surpassing CS:GO, Dota 2, Minecraft, and Rust

• The game has reached over 20 million hours of gameplay already watched!

Valheim game devs have announced that their milestone has been reached in just 13 days - over 2 million of Vikings (Players) have now set sail!

Valheim has announced that over 1 million Players have purchased the game and started their Viking journey!

▲A screenshot of the meadhall in-game

The Game developers have announced that early access for Valheim will be go live on Feb 2, 2021.

The game devs have brought us with another update which is tiny fix that involves some tweaks to the monster AI to make them behave better when attacking structures etc. You can check the list of updates they've included on the fix below:

• AI tweaks (Monsters should always target creatures [including players] first if they have a clear path to them & monsters should only attack low priority structures [walls etc.] if they are trying to get to a player)

The game devs have brought us with another update which is mostly fixing AI issues, they also tried to make monsters slightly more aggressive and attack your buildings, etc. When they are not able to attack you. You can check the list of updates they've included on the fix below:

• Event trigger tweaks (Wolf event only triggers after Bonemass has been killed, Moder army can trigger in mountains etc.)

The game devs have brought another update which is fixing some bugs and minor issues, they also fixed the random events never triggered as expected, they included two new events: “You are being hunted…” and “The horde is attacking”. You can check the list of updates they've included on the fix below:

• Serpents no longer flee when low on health

• Fixed issue with ship containers not closing properly in some situations

• Tweaked some sound assets to use less RAM

• Covered rocks should no longer look wet during rain

The Game devs have brought as another patch update, the patch included some fixes & tweaks also added some visual updates on some creatures & lastly made some changes to the harpoon mechanics to make it less rubberband-y and more rope-y. Here are the following changes made on the updates:

• Fixed issues when crafting station is destroyed while in use

The game devs have released another patch with plenty of fixes. It was also mentioned that the new terrain modification system was made to reduce the number of network instances and make loading faster and smoother. They have included the following updates:

• Torches in locations should no longer support constructions

Valheim devs have posted a cute mini-tweak patch that contains some updates on music, tools & more.

Valheim devs have posted another patch fix, and it is indeed a long one but mainly it fixes some gameplay tweaks & some bug fixes. They have included the following updates:

• All boss drops can now float on water

• Sunken crypt entrance tweaked (to stop tombstones from getting stuck)

• Harpoon does not work on bosses anymore

• The console command for enabling developer/debug commands has been changed to “devcommands” from “imacheater” and a warning message has been added.

• Missing Moder spawn location in some worlds fixed (NOTE: For existing worlds "genloc" command needs to be run manually in a local game with dev commands enabled to generate new locations, this is only needed if your specific world has this issue, this is not very common)

Valheim devs have posted yet another patch fix to dedicated servers that should result in much lower latency for most players. They have also included the following updates:

• Object network interpolation is skipped if object was far away, solved issue with network players flying through the air when entering dungeons & exiting portals etc

• Dedicated servers use directIP connection instead of SDR, solves issues with slow steam relays in some areas of the world

Valheim has had a quick patch fix that should resolve some network issues.

• Fixes instant disconnection issue that some players have experienced.

Valheim have announced some major changes & which includes the updated socket backend that should improve connection issues for many players. They have also stated the following updates:

• Fixed world corruption caused by pressing ALT+F4 while logging out.

The game devs have revealed their plans for the game this 2021. The following updates are expected in 2021:

If Odin Wills It

As you can see, a ton of new content is scheduled to hit the game this year, including an entirely new biome! Future updates are coming soon, so make sure to check back often for updates.

▲You can explore the open-world of Valheim

Valheim is an open-world survival game where you train, survive, craft items, build an empire and prove your worth to the Gods!

Valheim has tons to offer with its open-world exploration, crafting & building system, and its combat gameplay. Players will have a myriad of PvE content at their fingertips.