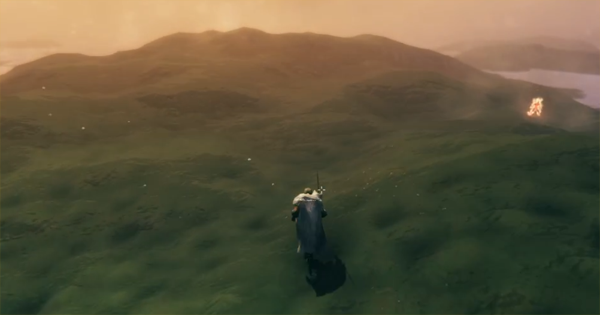 Check out this Valheim Biome guide for the Ashlands. Includes a list of all enemies in the zone, resource materials such as flametal, and more!

This article is currently a work in progress.

What Is The Ashlands?

The Ashlands biome is located towards the southern pole of the world of Valheim. It is covered in smoke and fire, though ash can be seen as well. The entire zone gives off the impression of a volcano having erupted.

This zone currently doesn't contain very much, and it is one of the several unfinished in-game biomes, alongside the Mistlands.

Check Out The Mistlands Here

A formation of rocks called Glowing Metal can be found in the Ashlands. This can be mined using an Iron Pickaxe and gives Flametal Ore.

Flametal Ore Has No Current Uses

Currently the Flametal Ore can be smelted in a Blast Furnace, but nothing can be crafted with it. However, it is possible that we'll be able to craft something using it in future updates.

Used To Make A Flaming Sword?

There is currently a sword in the game known as Dyrnwyn, known in the game files as IronFlamingSword. This cannot be crafted and is only obtainable by adding it through the game's console using a spawn code. Perhaps Flametal will be used for this purpose?

Currently the Ashlands are being inhabited by only one type of creature, the "Surtling". This biome certainly has the potential to have more enemies, and hopefully eventually even a boss.

↑ A Surtling attacking with Fireball

When killed, Surtlings drop these items:

Since the game is still in its Early Access stages, we can only hope that this biome will also have a major update and map improvements!

What Do You Think?

We'd like to hear your thoughts as well - do you think that the Ashland Biome should have more enemies, mini-bosses and more improvements? And will we perhaps be able to craft something from Flametal in the future?

Don't hesitate to let us know in the ▼comments down below!More Valheim Guides Here