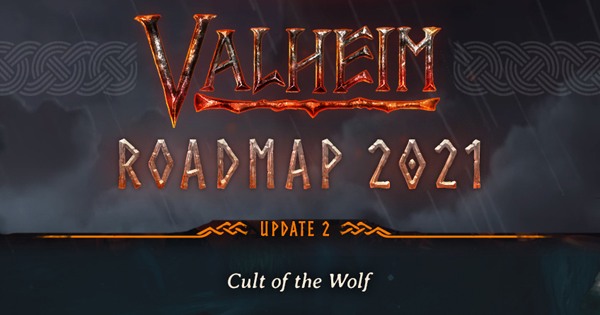 Cult of the Wolf is an update that was pushed back from the Roadmap 2021. Find out the known info & information about the update here!!!

Cult Of The Wolf - Release Date

The Devs have announced that they will be pushing back Update #2: Cult of the Wolf. After the Hearth & Home in Q3 2021 in the summer has been released, they will instead be focusing on the The Mistlands update.

Cult of the Wolf was supposed to be the second major update that has been confirmed for Roadmap 2021, though the devs have announced that this update will be pushed back as they'll be focusing on the The Mistlands Update.

.Check Here for the Latest News and Info!

The Cult Of The Wolf Info

This second update is likely to add some meat to the Mountain biome, which notably has less content than either the Swamp or Plains.

Possible addition to the expansion

Although we don't know for sure, it's likely that this new update will bring a new expansion to the mountain biome. Perhaps newer, enemies and even Mini-bosses will make their appearance on the second update.

We can surmise that the Cult in question will be our enemy, so perhaps emphasis will not be only on exploration, but on combat as well!

Perhaps we'll see a new combat system added on the update for more arsenal of attacks, and as well as the addition of new items, all themed around some sort of snowy threat?