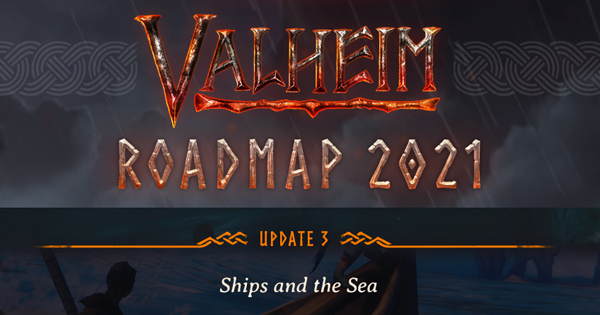 The Ships and the Sea is an update that was pushed back from the Roadmap 2021. Find out the Known info & speculation about Ships & the Sea!!!

Ships and The Sea - Release Date

The Devs have announced that they will also be pushing back the Ships and The Sea Update - once the Hearth & Home update has been released they'll be focusing on the The Mistlands instead.

Ships and The Sea was supposed to be 3rd update that has been confirmed for Roadmap 2021, though the devs have announce that this update is also included in the pushback as they'll be focusing on the The Mistlands update.

The Ships and The Sea Update

↑ We probably won't be getting a ship like this, but kudos to u/Rainbow-Grimm for this amazing creation!

Valheim’s update: The Ships and The Sea, has a name which strongly suggests ship structure and ship customization options might be included.

We don't know for sure, but it's likely that this update will give us new ways to further make our Viking ships more beautiful and perhaps sturdier! If we see an expansion of the ocean biome, perhaps we'll also be able to find new materials to customize ships?

The update is also likely to include improvements and changes to the Ocean biome!