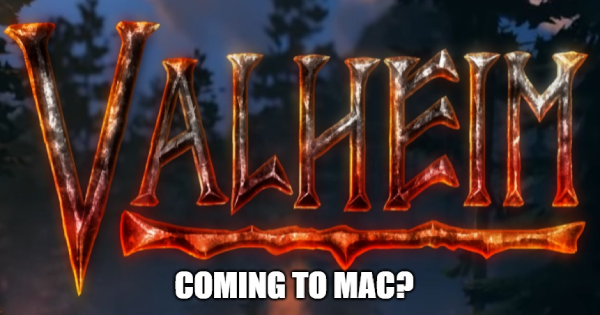 Check out this leak for Valheim in this guide! This includes all leaked information, Mac port leaked info, possible Mac port release & more!!!

Some people have been able to discover files for Valheim on the Mac OS through a 3rd party app. This has led people to assume that the game will be ported on the Mac OS relatively soon.

Due to the game’s success there is no doubt that players will be interested in having a mac version! Given the game's small download size, and low hardware requirements, it's easy to see why Mac owners might be interested.

Confirmation From The Valheim Developers

The Devs have not released a statement regarding this leak since it was revealed.

However, on their FAQ that was dated back to January 18, 2021, they confirmed that a Mac-version could be released, if the demand is high.

There are, however, no plans to release the game on other platforms (such as the PS4/5) for now.

Valheim has been out for Early Access for about a month or so, but the game has been downloaded many, many times. There is likely quite a lot of demand for a Mac version!

For now the game is still available for the PC & Linux. Let's all hope one day that our voices will be heard & a port for the Mac & perhaps other consoles will be available in the future.

There haven't been any other leaks as of yet, but we'll be on the lookout for them! Check back regularly for more info.