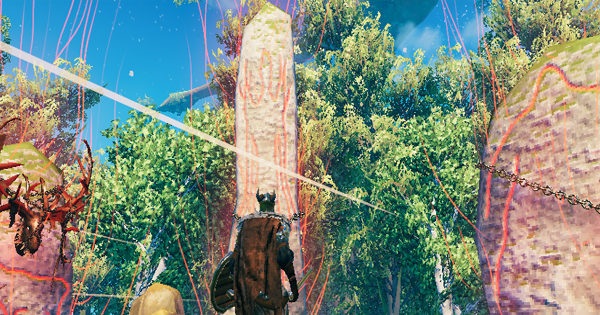 Check out this Bosses guide for Valheim. This includes a list of all Bosses, information on the bosses, sacrifice items, Weakness, strategy & more!!!

How To Locate Their Vegvisir & Their Altars

After Yagluth Has Been Defeated

For now, you can now explore Valheim and its mass open world. Perhaps on future updates The Yagluth Thing will be served as a key item for a new boss that could perhaps be added for the Mistlands Biome or the Ocean Biome?

How To Summon The Bosses

Eikthyr is the first boss that you'll be facing off in the Meadows Biome. A large stag with chains on its antlers that looks like the undead which he can summon lightning from his iron antlers.

Though your battle with him is not difficult, this fight serves as a great tutorial for its combat & stamina mechanics.

We highly recommend that you craft The Bronze Armor Set or The Troll Armor Set before facing this giant & bring Fire Arrows as fire is considered as its weakness.

Bonemass is the third boss you'll need to defeat in the Swamp Biome. This giant is made of bones and slime. Fighting this monster will not be easy if the right proper gear is not equipped.

Moder is the fourth boss you'll fight against in the Mountain Biome. Fighting this dragon is going to take a lot of patience as this boss usually flying so make sure to bring Fire Arrows.

Yagluth is the 5th & final boss that you'll be facing off in the Plains Biome. This undead boss is one of the strongest out of all bosses in the game.

Before heading on to face this undead monster, make sure to craft Blackmetal Sword & upgrade your armor.

When A Boss Is Defeated

The Boss' Power Can Be Obtained

When a boss is defeated a trophy would surely drop, to receive their power, the trophies must be placed in the spawning altar for them to be awesome obtained, keep in mind that only one power can be active.

When a boss is killed a progression item is sure to drop which can help you to continue your journey.