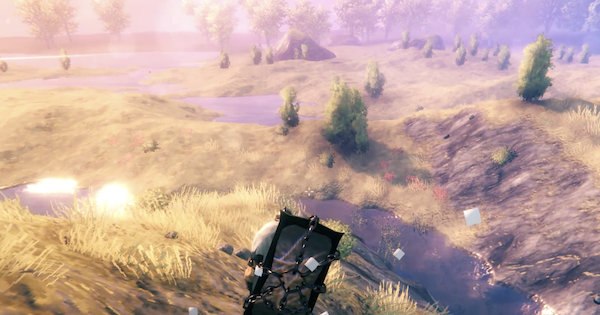 The Plains is one of the biomes and locations in Valheim. Get to know its resources and materials, Plains location & base, the 5th boss, enemies, and recommended weapons and armor!!!

As the name implies, the Plains is mostly composed of flatlands dotted with occasional hills. Trees are almost absent here, forcing players to bring in Wood from different biomes to establish a base here.

As the Plains is the final frontier, enemies here are far stronger than the ones in the other Biomes. Mine Silver Ores and forge Silver Armor first before venturing to the plains. Fast moving enemies like Fuling and the Deathsquito can quickly end you if you come in unprepared.

The Plains only has 2 important resources: Barley and Flax. Barley can be processed to make Barley Flour allowing you access to more powerful foods. Flax allows you to make late game items if combined with Black Metal weapons and Padded Armor pieces.

Fulings are the goblins of Valheim. They tend to be small but they deal tremendous damage even with late game armor. You may need to invade a couple of these to get Barley and Flax. You may also get the item needed to summon the 5th boss, Fuling Totem, inside one of their camps.

Unlike other Biomes wherein you need to mine metals, you only need to defeat enemies in the Plains to get more metals. Each Fuling drops a single Black Metal Scrap, which can be processed to make Black Metal, a key ingredient in making late-game weapons.

Find Plains Along The Coast

The Plains biome can be found beside other Biomes and can sometimes be connected to Meadows or Black Forest biomes. Plains can also vary greatly in size. Use a boat and search for large Plains as they have a greater chance of containing a number of Fuling Camps.

Build Your Base Beside A River

Unfortunately, the Plains biome has no abundance of resources other than the Flax and Barley found in Fuling camps. Make sure to make a base beside the sea or river so you can easily transport resources such as Wood and Iron.

Check Out Base Builds Here!

Try to build a wall around your base to stave off attackers. Fuling patrols of about 3~4 Fulings tend to spawn at night and may occasionally raid your base. If left defenseless, you may find yourself getting spawn camped by Fulings.

Yagluth is a huge but slow boss, so you can use Needle Arrows to continuously whittle its health down. If you're a melee player, Yagluth is weak against blunt and frost so bringing a Frostner (and a decent shield) for this battle is recommended.

Fight Beside A Water Source

Yagluth's attack are mostly fire-based and inflicts Burning. You can still get inflamed even if you block its attacks with a shield. With a nearby water source, you can jump into it to douse the flames.

Watch Out For Its AOE Attack

Yagluth will raise its hand and slam the ground the produce a magic dome that expands outwards. Getting hit by it inflicts burning damage that can deal serious damage if you're not careful.

Rains Fire On The Battlefield

From time to time, Yagluth will summon fireballs to barrage the battlefield from the sky. Move around and try not to get hit by these. You can use the stone pillars found around Yagluth's summoning stage to block these fireballs.

How To Summon Yagluth

Yagluth can be summoned by collecting 5 Fuling Totems. These totems can be found as displays inside Fuling camps or can be dropped by Fuling Shamans or Fuling Berserkers.

The enemies found in the Plains are numerous and fast. To counter and deal with them, it is highly recommended to bring a Shield. Fulings and Deathsquitos can be easily dispatched with counterattacks, so try to carry a Shield if you find the Plains difficult.

Build Defenses For Your Base

Fuling patrols spawn at night and are quite active when wandering the Plains. There is a chance that your base can be attacked by these Fulings, so try to build walls to surround your base. If possible, build stone walls instead of ones made of wood.

Check Out Base Builds Here!

In order to craft the Padded Armor set, you need some Iron for it. Iron is not a teleportable resource, so you need to transport it manually. Place your Plains base beside or near a Swamps area so you can easily mine Iron.