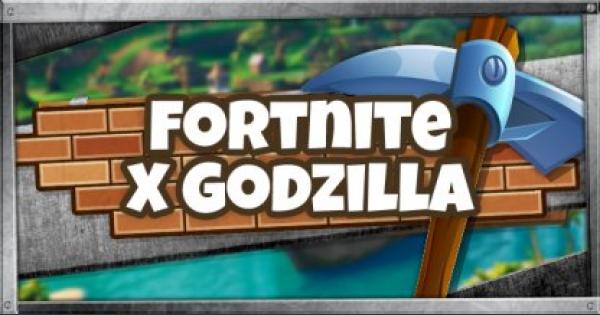 The following information are merely speculations and are not officially confirmed. We'll update this article when more details are released.

Everything is abuzz with recent features in Fortnite pointing towards a possible new event with the King of the Monsters himself, Godzilla!

Polar Peaks has been subjected to unearthly rumblings every few seconds for the past week. Now, the ice has broken off revealing a giant moving eye! Could this be Godzilla?

If you want to see the eye yourself, you can head on over to Polar Peaks. In northern cliff side of the castle, there is ice thin enough for you to look at the eye and for it to look back at you.

In Time for Godzilla: King of the Monsters Release

The reveal of the Giant Eye seems awfully convenient with the world premiere of the Godzilla: King of the Monsters movie. This is similar to the John Wick teasers where his house was added to the game prior to the movie and the event.

With previous collaborations each having their own LTMs, we can expect the same for Godzilla. Maybe a player will play as Godzilla against everyone else like the Avengers LTM before.

New challenges based on the LTM could also be released along with exclusive rewards featuring Godzilla-themed items.

With the Godzilla event, we may get new cosmetics skins and items in the Daily Shop patterned after the King of the Monsters himself! A chance to dress as Godzilla? Yes please!

About Godzilla: King of the Monsters

A battle for supremacy between titan-sized monsters has erupted, leaving chaos, destruction, and death in their wake. In this ultimate battle of dominance, Godzilla faces off with Mothra, Rodan, and King Ghidorah to see who will be the King of Monsters.

I like the idea. We just have to wait and see.