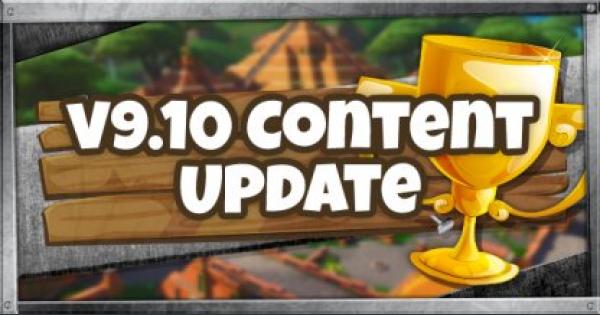 Find out everything to know about Fornite Battle Royale's v9.10 Content Update, including patch notes, release date, official tweet, and more! This also marks the release of the new weapon, Burst SMG.

The first content update for Season 9, the v9.10 update will introduce a new weapon to the game, the Burst SMG! A welcome addition to the small, but deadly SMG weapon type!

Burst into the action!

A client update will also be released along with the Content Update for PC players. This is to address performance/FPS issues brought by the previous updates.

PC players will need to download a small client update to address some performance/FPS issues once the v9.10 content update releases.

Burst Into the Scene with the Burst SMG

Just like other SMGs, the Burst SMG deals the most damage when in close-range. What makes it stand out is its burst firing method, allowing for more controlled and accurate shots even at mid-range.

Check Out the Burst SMG Here

Just as a new submachine gun was added to the game, another one is taken away. The Suppressed Submachine Gun has been vaulted and removed from regular game modes & LTMs.

The update has released the LTMs featured for this week. Although the schedule for which LTMs will be featured at what day was not stated.

4 Hot Spots will appear per game of Team Rumble. This was done to raise the possibility of both team sides having at least 1 Hot Spot.