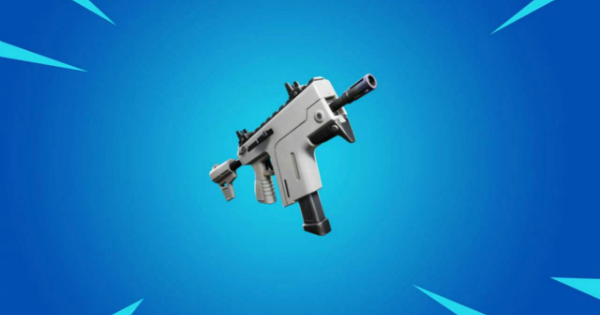 True to its name, the Burst SMG is capable of accurately dealing high damage in a matter of seconds thanks to its burst firing method.

Like any other Submachine Gun, the Burst SMG was designed to be used in close-quarter combat. The best distance to use it at is at 4 to 7 tiles away from target.

As a submachine gun, the Burst SMG is at its strongest when in close range. The closer the shooter is to their target, the higher the damage will be per shot.

What separates the Burst SMG from other submachine guns is its burst fire method that greatly restricts bullet spread. Although it limits its DPS, it does make shots from the Burst SMG more accurate even at mid-range.

Dealing a headshot with the Burst SMG will apply a 1.75% multiplier to its damage.

With the Burst SMG, it becomes essential to lead your shots rather than tracking due to its short bursts. Predict where your enemy will move to and aim you shots there to connect!

Carry Other Weapons to Compensate for Range Limitation

Ensure that your loadout will have weapons that can compensate for the lack of long-range capabilities of the Burst SMG. It's a more versatile SMG weapon when it comes to range, but it's not enough to be an all-around weapon.

Use to Ambush Enemies

With its high damage potential at close-range, the Burst SMG is a viable weapon to ambush enemies with. If they try to run away, you can still finish them off since it can also work in mid-range albeit not as effective.

Stay a Bit Further from Enemy

Staying too close to a target is extremely risky with the Burst SMG as it can easily be outdamaged and outfired by other close ranged weapons. Stay at 4-7 tiles to get the most of its damage, while being out of enemy reach.