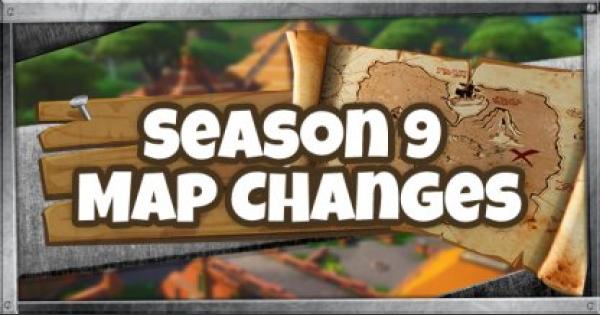 With a new Season comes a new map. Check out this article for what's new in the Fortnite's map this Season 9, including map changes, new locations, and more.

In previous seasons, we saw the destruction of the Tilted Towers. This location has been completely rebuilt as Neo Tilted, and now features a more futuristic look in line with this season's theme!

Season 9 also rebuilds another well known location Retail Row, and builds it up as Mega Mall. This location also takes on a more futuristic look.

Pressure Plant Emerges On The Volcano

Some form of a power plant seems to have been built on top of the volcano, called Pressure Plant.

While relatively unchanged in terms of biomes, Season 9 brings back familiar locations but entirely rebuilt! Tilted Towers is back and is now rebuilt as Neo Tilted, while Retail Row is now called Mega Mall.

Season 8 brought a majority of changes into the island with new biomes and locations. At the end of its run, it even made a few more changes that will surely carry over to the next season!

Check Out the Unvaulting Event Here

The Exposed Vault in Loot Lake

Unless the Vault gets covered up in Season 9, the vault will remain a constant fixture in Loot Lake. Although it might remain closed again.