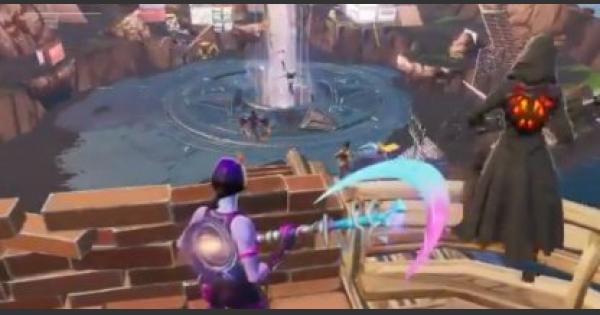 Find out everything that has happened with Fortnite's Unvaulting Event, including the Volcano eruption, Tilted Towers & Retail Row destruction, and the Drum Gun's return!!

Marking the End of Season 8

The Unvaulting event marks the upcoming end of Season 8 with several incidents that will carry over to the next season! An unvaulted weapon returns and several locations were destroyed as part of the event.

Check Out the Season 8 Summary Here

Event Countdown Appeared Over the Vault in Loot Lake

24 hours before the event, a countdown appeared above Loot Lake as an indication to when the Unvaulting event will officially start. The event happened on May 4.

Free Arcana Glider as Compensation for the Event

Unfortunately, some players were unable to join the event even when queuing for the Unvauting playlist. As compensation, Fortnite will give away the Arcana Glider for free to all who joined the Unvaulting playlist!

Check Out the Arcana Glider Here

For those players who were unable to participate, we are working to release replay files of the event so that you can witness the Unvaulting from within the client.

Vault Opens to Bring Back a Vaulted Weapon

The Vault Opens in Loot Lake

A portal opened in Loot Lake, taking any player that jumps into it to the very heart of the vault. Inside were 6 pillars, each representing a weapon that players can vote for to bring back.

Weapons Players Can Choose From

Drum Gun Returns from the Vault

The Drum Gum was voted the most by players during the event! It was confirmed in a tweet that the Drum Gun will be making its return to the loot pool.

You all chose as one and made your pick. The Drum Gun has been unvaulted. pic.twitter.com/nYq7it7zyP

Teleport Back to the Map After the Vault

After voting for which weapon to bring back, players were teleported back to the island where they find themselves facing an erupting volcano!

The eruption of the volcano sent out chunks of large rocks and lava across the map with Tilted Towers and Retail Row taking the most damage.

Tilted Towers After the Eruption

Retail Row After the Eruption