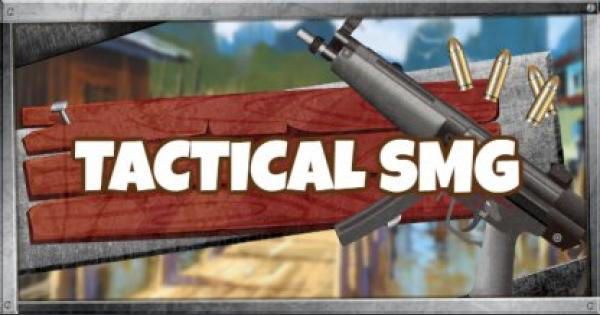 The Tactical SMG is a good second option to have in solos and squads. This is because of its low damage output despite its relatively high fire rate.

The Tactical SMG is at its best when used in close range. However, there are other better options to use in close range. Its effectiveness also starts to exponentially drop from mid to long range.

The Tactical SMG possesses one of the highest fire rates in the game. It can easily destroy structures because of how fast it is unloading bullets on to them.

Low Damage Compared To Other SMGs

When comparing its stats to other SMGs, the Tactical Submachine Gun shines with its fire rate. However, its damage pales in comparison to more common SMGs, making it less of a popular choice when picking up gear.

Mainly Use To Destroy Structures

Mainly use this weapon to destroy structures with ease. Its high fire rate will allow you to quickly melt any structure.

Useful In The Early Game