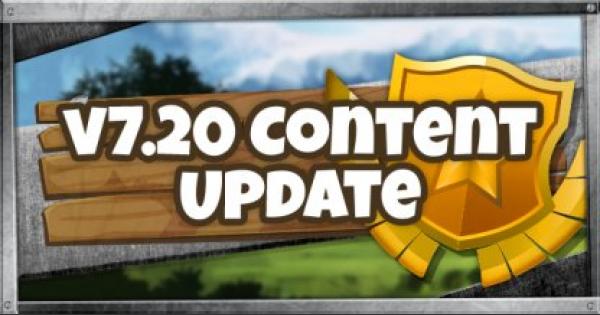 Learn all about Fortnite Battle Royale's v7.20 Content Update in this guide! This includes the release of the Sneaky Snowman item and the vaulting of the Quad Launcher.

The v7.20 Content brings with it a new item—The Sneaky Snowman! It will also vault the Quad Launcher and apply various fixes to shield and vehicle spawn rates.

It's distractingly adorable and it can hide you from enemies around! The Sneaky Snowman is the second camouflage item introduced to Fortnite after the Legendary Bush.

The Grappler has been removed from the game almost haft a year after it's been introduced. The item was released during the High Stakes event in Season 5.

The Port-a-Fortress has been removed and brought back to the game multiple times due to some major issues. In this update, it has finally been vaulted.

Check Out the Port-a-Fortress Guide Here

The issue regarding the Shields' spawn rate will be resolved in the v7.20 Content Update. The shields will now spawn more frequently across the map in all loot sources.

You'll be seeing less vehicles around as the spawn rate of some vehicles has been lowered! This includes spawn rates of Quadcrusher and the X-4 Stormwing.

Balloons also received tweaks on its spawn rate. Starting this content update, the Balloons will spawn less in Fortnite.