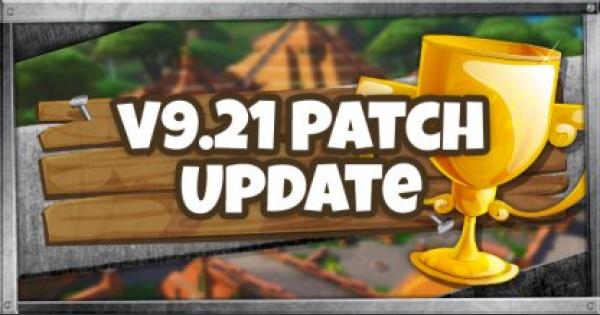 Find out everything to know about Fornite's v9.21 Patch Update, including patch notes, release date, official tweet, and more! It also marks the release of the new Proximity Grenade Launcher weapon!!

Bring on the Destruction in the v9.21 Patch Update

With a new Grenade Launcher and the new horde mode, witness the destructive power coming into the island in the v9.21 patch update!

With the Proximity Grenade Launcher's explosive projectile and high destructive power, no player is safe when in its proximity!

The following information contains speculation and assumptions. We'll update this article once the LTM has been released.

The Horde Returns to the Island in New Event

Fiends and Brutes have invaded the island and it's up to you and your friends to take them down. Can you defeat the horde and survive in Fortnite's latest event?

A series of challenges will be released as part of the Horde Rush event. Take on the challenges to get your hands on the event's exclusive rewards!

With the horde and opponents after you, can you survive and win the Horde Rush LTM? In this game mode, the team with the most scores win the game!

Various weapons and items received tweaks in how much they'll appear in the game. This includes favorites like the shotgun and shields.

Instead of having the same damage of a match's storm, the Storm Flip will now do a flat damage of 5 per second regardless of the stages of the match.