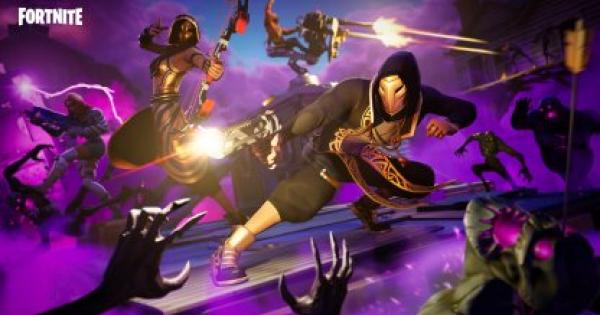 Find out everything to know about the new Limited Time Mode - Horde Rush. This guide includes the LTM's release info, tips to win, and more!

Take on the Horde in Hiorde Rush LTM

Gather a 4-man squad and drop from the Battle Bus to take down the Horde intent on taking over the island. As a PVE game mode, your main focus is to take down Fiends & Brutes in this multi-stage LTM.

As part of the Horde Rush event, this LTM is the only place where players can complete Horde Rush challenges and get exclusive rewards!

Get FIEND Animated Wrap by Completing All 7 Challenges

By completing all 7 challenges, you will get FIEND Animated Wrap! Get your weapons and gears powered by Fiends!

The Horde Rush LTM is the first Limited Time Mode to be purely PVE! With multiple stages and heavy reliance on teamwork, it feels like a completely different game!

In this game mode, the only threat you have to watch out for is the Horde. There will be no other players in this game mode besides you and your squad.

Defend the Island from the Horde

Fiends and Brutes are back and they're stronger than ever with new abilities and types. Defeat them in waves to secure the island!

Points are given with every Fiend and Brute you defeat in the match, adding up into a total for the whole squad. Raise your scores further by locating Score Multipliers!

The Horde Rush LTM includes multiple stages as players survive and defeat hordes across the island's Defend Locations. There are three stages overall for your to survive.

Follow the Storm to Get to the Next Defend Point

Getting to the Defend Points requires players to move with the storm. It's a small circle and the Horde will still fight you in between them.

A sinister Final Boss awaits at the end of the Horde Rush LTM. Defeat the Boss Fiend to win the game!

Players will respawn if they get eliminated up until they face the Boss Fiend. Once you get to that part of the match, the elimination will stick this time.

Make Sure Whole Squad is Equipped for Battle

Don't take all the good items to yourself. As part of being in a squad, its important that everyone has good enough gear to take down and survive when battling the Horde.

Don't stay out in the open! Create cover and forts to have as your main defense against the Hordes within Defend Points. Use sturdy building materials for the base so it won't be brought down easily.

Focus All Aggro on Boss Fiend

Once the Boss Fiend appears, focus all your firepower on it. You'll need to take it down as quickly as possible as the storm will slowly shrink until no safe zone will be left.

Stay Together as Team

Don't wander off alone or head to Defend Points by yourself. This can easily lead to you being overwhelmed and getting eliminated. This is especially dangerous in the last stage where respawn is disabled.