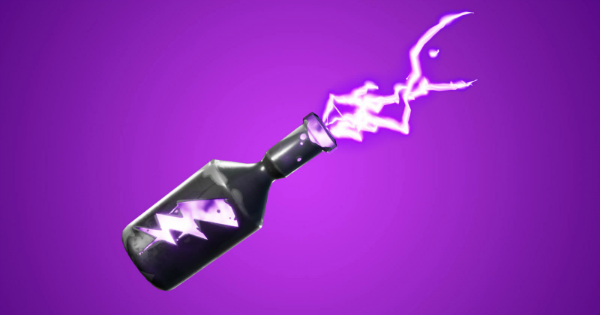 The power of the storm right in the palm of your hands. The Storm Flip has the power to unleash the storm wherever you choose or tame it depending on where it has been thrown!

The Storm Flip can work in most ranges, it's effectiveness however depends on the intention of the user. When taming the storm, the closer it is to the player the better, and when unleashing the storm on enemies, mid-range works the best.

Unleash the Storm with a Throw

A small storm will appear whenever the Storm Flip is thrown inside the safe zone.

Clear Out the Storm at Will

On the other hand, when it is thrown outside of the Safe Zone and into the island's natural Storm, it will clear it to create a safe zone for a few seconds before being engulfed by the storm again.

When thrown, the Storm Flip summons a pocket of either a Storm or a Safe Zone. The bubble is not instantaneous, but rather grows to a wide range over a few seconds until it reaches its max area.

Effect Lasts for a 20 Seconds

The 2 effects of the Storm Flip will only last for 20 seconds. When the timer runs out, the area where it was thrown will return to normal.

The Storm Flip is an extremely strong weapon at endgame, capable of literally turning the tides of battle. Use it to find a safe spot in the storm or close off the playing field by summoning the storm.

Use to Flush Out Enemies from Their Forts

Throw a Storm Flip near an enemy's fort to force them to get out of it or use their healing materials. Either way, it will give you an advantage right before you engage agianst them.

Throw at Enemies FIghting Against Each Other

Create a bit of chaos in the battlefields of others with the Storm Flip. If you see enemies fighting it out, throw one in their area to weaken both sides. When only one party stands, go in for the ambush.