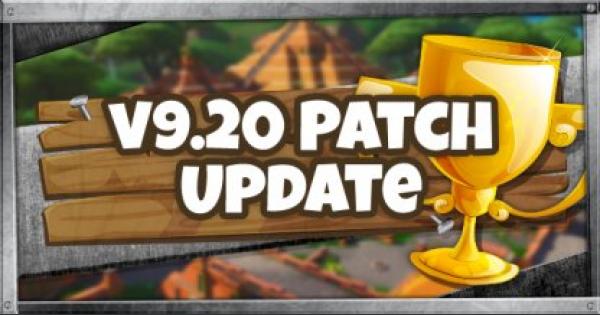 Find out everything to know about Fornite's v9.20 Patch Update, including patch notes, release date, official tweet, and more! It also marks the release of the new Storm Flip weapon!!

The power of the storm is in your hands! The v9.20 Patch Update includes the release of a new throwable weapon along with various weapon and vehicle changes & fixes!

An hour before the update, real money purchases will be disabled to allow for additional maintenance. Players won't be be able to buy V-Bucks & Starter Packs during this period.

Real money purchases will be unavailable 1 hour before downtime begins while we perform additional maintenance.

Check Out the Hunting Rifle Here

The time needed to charge a shot of a Boom Bow has been increased from 1s to 1.25s. This was done to reduce the frequency between shots.