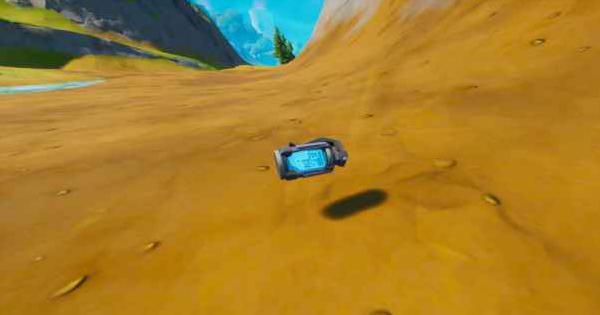 The Decoy Grenade is a unique throwable, being able to create a clone of the user where it is thrown. This is similar to the Bot Grenade found within the Battle Lab game mode.

As with any throwable weapon, the Decoy Grenade is best at short- to mid-range since its throw is easier to control. At long-range, it becomes harder to land where you intend it to go.

Creates a Clone of the User

The Decoy Grenade is pretty straightforward in what it does. Throw it anywhere on the island and wherever it lands, a clone or a decoy of the user will appear.

Decoys will Have Weapons & Attack Enemies

Decoys will have weapons like the one the user will have. They cannot build, but they will attack enemies within their range. If they receive enough damage, they will be destroyed.

Multiple Decoys Can be Deployed

You can use multiple Decoy Grenades to create a number of decoys. So far, there doesn't seem to be a limit to how many you can use since we were able to deploy up to 4 at a time.

Save Decoy Grenades for Fights

Don't waste around your Decoy Grenades unless you're in a fight. They basically create allies and can confuse enemies of your position.

Use to Distract Enemies

Decoy Grenades can help you to escape from danger or to get another player's attention when needed. Use it to get breathing space to heal or to get your bearings during a battle.