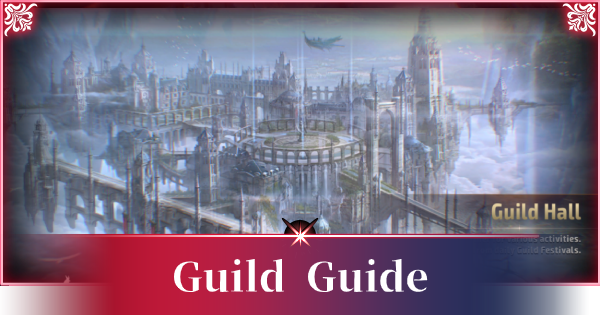 A3: STILL ALIVE
Guild Guide - How To Join

Check out this guild guide for A3: STILL ALIVE. Find out how to join a guild, about Guild Inheritance, Guild Festivals, Guild Achievements, rewards, settings, and other content!

Check Out Our Beginner's Guide Here

How To Join A Guild

The only condition for unlocking the guild feature is to reach character level 20! Get through the main story quest to quickly reach level 20!

Make Or Join A Guild

When you're not in a guild, you can access it via the menu and then the Guild tab. You'll have two choices: to make a guild with yourself as the Guild Master, or to join an existing guild.

Forming a Guild will cost you 100,000 gold! You also have to create an original guild name which no other existing guild is currently using. Once the guild has been founded, you will be able to access all features, and you will become the Guild Master!

There is a limit to the maximum number of players that can join a given guild. You'll only be able to join a guild so long as there are empty spots in said guild! Joining will make you a member and give you access to most features.

What You Can Do At Guild Halls

There are various NPCs in your Guild Hall. By talking to them, you'll be to access some guild-only content.

Guild Festival Time will cause events to occur over a duration of 20 minutes. If you're in the Guild Hall during this time, you'll automatically get experience!

All players who take part in the Guild Festival will gain EXP! Life-giving Water will, when drunk, increase the EXP of all guild members. One Water can be purchased for 10 Blue Diamonds, and you can buy a maximum of 20.

In this event, you'll have to search for various chests scattered across the Guild Hall. When you see a chest, approach and tap it to make a gauge pop up. When this gauge fills up, you'll have successfully gotten that chest!

This is an event where you'll have to catch an elusive pig hanging off a balloon! Just like Guild Chests, approach and tap it until the gauge pops up. Fill up the gauge to catch this flying pig! Very rarely a black creature will also spawn - this one won't award you any points if you catch it, so be careful!

When the Guild Festival comes to an end, you'll get a screen showing both individual and Guild rewards. Work together with your guild members to get the highest points possible and improve your rewards!

Guild Chests you get from this event will be added to your inventory. Open them up to get Gold and Mana Stones as a reward.

You can also change Guild Members from the settings page. Guild Festival Time will be set to a default time after the creation of a guild.

The Guild Master can use Guild Funds to determine what specific Guild Feature they want to level up! Choose wisely if you happen to be the Guild Master!

Here you can use Mana Stones to craft Weapons, as well as salvage existing equipment you have. The rarity of items you craft will be determined randomly. You will first choose the level (and therefore the maximum possible grade), and then be given a random item.

Like with Weapon Crafting, Armor Crafting will allow you to use Mana Stones to make new armor or salvage existing pieces. The rarity mechanics are the same as weapons as well: choose the level and you will get a random rarity item.

The Guild Auction is primarily used for purchasing items obtained from Forte's Seal and Conquest modes. This will use a bidding system, and players in your guild will be able to bid on items they want.

This feature allows guild members to share experience with each other. Players can inherit EXP twice per day, and only once per day from one specific person.

Guilds can work together to complete weekly achievements. Each player can help contribute to the guild's weekly total of points. If you meet the accumulated requirements before the weekly reset, you'll get a bunch of Guild Funds!

Check Out All Other Achievements Here

How To Leave A Guild

Select "Leave" From The Guild Screen

Access the Guild screen from Menu -> Guild, and you should see the Leave button there. If a Guild Master leaves with no one else in the guild, it will automatically be disbanded.

Can't Join A Guild For 24 Hours

You will not be able to join another guild for 24 hours after leaving a guild. Don't forget to claim any outstanding rewards you might have before leaving a guild. Also make sure to consider the timing of guild events as well!