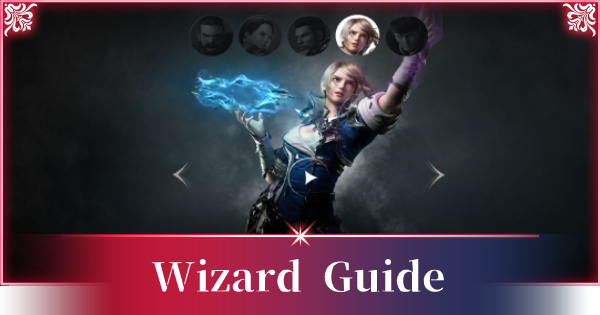 The Wizard is a class that thrives on debuffing opponents and bombarding them with lethal spells. In group battles, she can make excellent use of her superior range and take out enemies from across the map!

Use Long Range Spells In PvP

Using powerful long-range spells such as Disintegrate and Lightning Orb will let you impair your opponent's movements while also dealing huge damage to them. The Wizard is a class that works best when it maintains a safe distance from its opponents. If you do get the distance closed on you, you can use Lightning Whip to stun opponents as well!

Use Maximize Spell On CD

The skill Maximize Spell will not only significantly increase your magical damage done, it will also reduce the cooldowns of your other skills! All skills, including ones that were already on cooldown, will be affected, making this a move you should always be using!

Wizards also have several skills which are very powerful in group fights. Meteor, for example, will stun all enemies hit for 5 whole seconds, while also dealing excellent damage.

Impair Enemies To Get Your Long Spells Off

Some of your more powerful spells like Meteor will have a significant cast time. To ensure you get your spells off, use other shorter cast spells to impair the movements of your foes. Skills like Lightning Whip and Electrical Discharge are a good bet, as they both stun.

Maximize Spell is a must have spell on any Wizard build you make. Both Disintegrate and Electrical Discharge have good effects and high power, so we recommend adding them too. In general, the more offensive abilities the better.

Maximize Spell works just as well in PvP as it does in PvE. In PvP, you'll be particularly vulnerable if you sit at range channeling spells with long cast times, so we recommend bringing Magical Barrier and Frosted Fragments to deal with melee.

The Wizard has several skills that have 3 separate stages to their attack. For this reason, we recommend building in tons of cooldown reduction via your Soul Linker!

The Wizard is a class that seeks first and foremost to wipe out its opponents with devastating power, so you'll certainly want to be prioritizing Magical ATK and Crit Damage with your passives. Since you won't get the Crit Damage passive for quite a while, focus on ATK first!