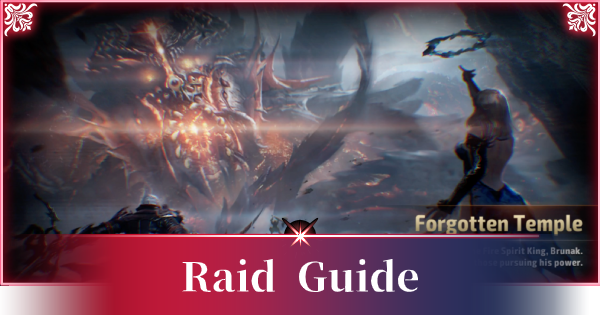 Check out this guide on the Raid in A3: STILL ALIVE. Find out how to beat the boss, Magma Kraken, difficulty levels, time limit, list of rewards, tactics, and more!

The normal adventure Raid can be unlocked by reaching Lvl. 65 on your character! Progress through the main story and level up in order to get this new adventure mode!

Possible To Party Up

You can form a party of up to 5 people to take on the Raid. The enemies inside are quite strong, so you will definitely want to gather a group of other players to do this content. It's possible to use the auto matchmaking system to find other players to play with, so make use of that!

The Raid adventure has two main difficulty, with Nightmare providing much better rewards overall. All difficulties will share lockouts and attempt restrictions, so if you have Nightmare unlocked, you should be trying to go for it instead!

Once you actually enter the Raid, a timer will begin and you'll have 10 minutes to defeat the boss at the end. If you don't manage to do this, you will fail and won't receive rewards.

Tap the button on the bottom left of your screen to enter auto battle mode! When clearing trash in the dungeon, you can feel free to use this mode as much as you want, since enemies won't hit particularly hard.

After you enter the Raid, 6 Tentacles and 9 Spirits will appear. Once you've defeated all of them, the final boss will spawn. If you're not sure what to do, make sure to check the requirements in the upper right of the screen.

Tentacles will attack forward in a straight line, hitting anything in their path. This attack does fairly decent damage, but has no other notable effects. Do your best to dodge out of this attack when you can.

The Tentacle will dive down and then jump out, attacking anyone in a circular area around it. If you get hit by this, you'll be stunned, so do your best to dodge!

Tentacles will brandish themselves and carry out an attack in a fan-shape. Being hit by this will also stun you, so this is a must-dodge.

After defeating all of the enemies in the dungeon, the Magma Kraken will emerge and engage you in battle. During the fight, it will hide its head and summon tentacles, and you'll get a new mission to do something! You'll need to carry out this mission's requirements smoothly to take out the boss.

The Magma Kraken's HP bar is split up into several gauges. You'll need to deal a large amount of damage while successfully handling all its mechanics to win! The boss has many AoE abilities, but they are all telegraphed on the ground, giving you ample time to move out of them.

The boss has an ability where it spews out hot lava out of the ground, placing circular pools around the stage. Standing in the fire deals damage, so avoid it all costs!

Around when the boss's 8th gauge is at 60%, it will hide its head and summon Tentacles. You'll get several missions at this point to go and kill Tentacles, so go and do these as soon as this happens.

If you approach the Brunak Stone located in the middle of the room, you'll see an indicator pop up to receive the Blessing of Brunak. Tapping this will let you put up a barrier. You can charge this up to 5 times, so make sure you use it wisely!

When the boss's 6th gauge is at around 10%, it will hide its head and tentacles, and a message will appear on your screen. At this point you'll need to use the ultimate ability of a particular type of Soul Linker or bring them to a certain location to proceed!

In the 3rd phase, a new message will pop telling you to focus on the boss's head! At this point, Magma Kraken's head will indeed reappear and you'll be able to hit it again! Avoid the lava and work on whittling away the boss's HP.

In phase 4, the boss and its tentacles will appear again and start attacking you. If you destroy the head you'll clear the dungeon, so focus on it! However, if there are many tentacles near the head, it can be good to take them out first. Don't forget to use the Stone barrier to help out your team when damage is getting too intense.

Rewards Change According To Your Clear Time

The rewards you get for clearing Raid will change depending on how fast you finish the dungeon. The faster you clear it, the higher the chance you'll get better rewards.