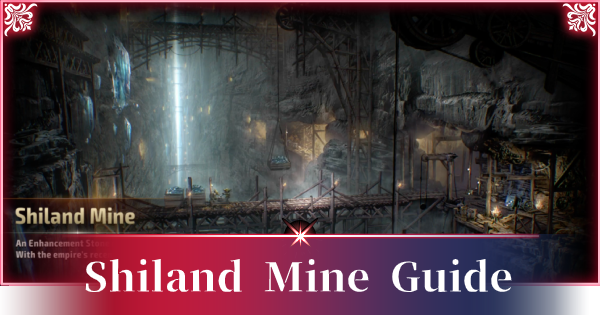 Check out our Shiland Mine Guide for A3: STILL ALIVE. Find out how to unlock & clear the dungeon, as well as how to beat the boss Kunpoosh on all difficulties!

Shiland Mine is the first dungeon/adventure you'll unlock, and it comes pretty early in your main quest. You can easily clear up to this part with just auto-play, so make sure to progress your story!

Shiland Mines has 3 stages of difficulty, with the rewards improving as the difficulty increases. Remember that the daily limit for doing this dungeon applies regardless of difficulty! You should therefore prioritize clearing it on harder difficulties!

▼Check out the rewards for each difficulty below.

Auto-Battle Through The Dungeon

You can swap between Manual and Auto mode by tapping the button to the left of your chat box. While exploring the dungeon, you don't have to worry too much about dangerous enemies, so you should be safe to use Auto Battle. If your stats are somewhat low, make sure to watch for the telegraphed attacks of mid-sized enemies and avoid them accordingly!

Defeat The Goblin Packs Near The Entrance

Right after entering the dungeon, you'll be able to see a group of Goblins near the entrance. Try to defeat all the Goblins in this entire area!

Defeat Goblins Deeper In The Dungeon

After crossing a bridge, a horde of Goblins will move your way. Among these are some that will jump at you and attack you from range, so you'll want to be careful and make sure you're able to survive their hits!

After defeating all enemies, you'll have to take on the boss! This boss will have abilities with visual indicators on the ground, so you'll have to carefully use your dodge button to avoid getting hit by these attacks!

Kunpoosh has very high attack and HP, so it'll be important to adeptly handle his attacks while also dealing damage to take him out. This boss has many AoE attacks, so you'll have to really pay attention to exactly when the attacks go off! Avoid them!

The boss has several main attacks, including one where magic bursts out of the ground, one where he swings his staff and interrupts you, and another where he sprays out a liquid. The liquid attack in particular will stay on the field for a while after being cast, and stepping on it will lower your movement speed, so be careful!

This attack will fire out 3 circular beams in various areas in the room, which will stun you if hit. They don't do damage, but the stun itself is quite long and will leave you unable to dodge the boss's other attacks, so make sure to avoid these.

The boss's Body Press attack will have a large, red circulator indicator. This can get confusing and chaotic due to the other things to avoid, but this attack in particular is quite lethal and also stuns you, so we strongly recommend you dodge it!

After drinking some ale, the boss will fire off 3 frontal waves of damage. The ground will light up red, and eventually white wolves will travel down the lines dealing damage to you. The damage on this ability is not that significant, so classes with high defensive stats don't have to worry too much about it. If you're playing a squishy character, however, do your best to get out of this.

After spewing out some green mist, the boss will create a red circle around him, dealing damage to all within it. This is quite dangerous and will stun you, so you'll want to prioritize getting out of this.

Rewards Change According To Your Clear Time

You will be given a rank according to your clear time. Getting a higher rank will give you special "rank rewards"! You'll want to focus on dealing huge damage and clearing the dungeon as fast as you can!