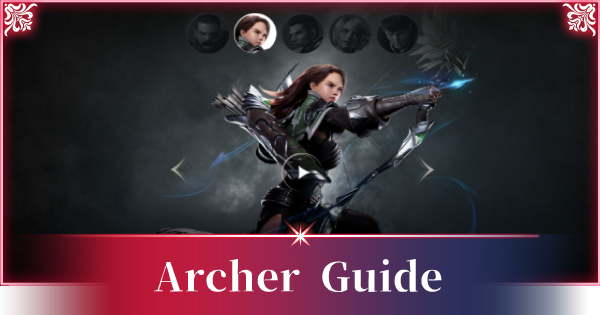 The Archer is particularly good at taking out her enemies while maintaining a careful distance. Often times, she can dispatch an enemy before they even have a chance to get close to her!

Use Placed Abilities In PvP

Place down your Crossbow skill and try to fight in its vicinity to ensure an advantageous battle in PvP! Limit your opponent's movements and used Beast Trap or other skills to make yourself temporarily invincible!

The Archer's skill Hawkeye increases your physical accuracy and damage for a short time! Note that your Crossbow's damage will be affected by your stats, so pop Hawkeye before placing it for big damage!

Strong Against Enemies Standing In A Line

The Archer has many abilities that fire out in a straight line! Penetrating Shot, Wind Sweep and Raining Arrows in particular are great at hitting multiple enemies in a line!

Buff yourself up with Hawkeye and then use Raining Arrows and Spread-Shot to deal massive damage to enemies in a large AoE! Placing your Crossbow down will also attract other nearby enemies, and it works well in combination with Beast Trap!

The Crossbow is a very useful ability for zoning players in PvP, so we think it to be a must! You can really restrict your opponent's movements with it, especially if you use Wind Sweep in conjunction. In group battles, it's also possible to include Electric Arrow in this set as well.

The Archer has access to several very powerful buff and placement skills, but some of them have a relatively long cooldown. Bringing along Soul Linkers that reduce your Cooldown time is a good idea to increase your uptime on these powerful buffs.