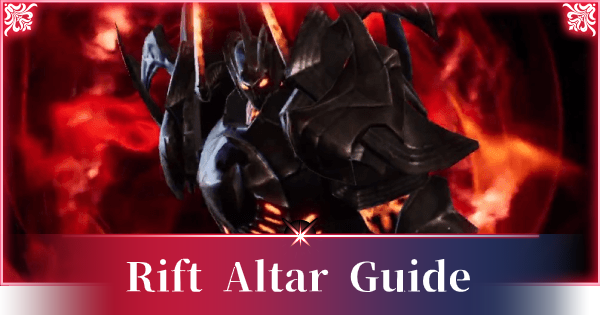 Check out our Rift Altar Guide for A3: STILL ALIVE. Find out how to unlock & clear the dungeon, as well as how to beat the boss Denine on all difficulties!

You can unlock the Rift Altar by clearing Chapter 2-16 of the main quest! If you can't access the dungeon, make sure you're up to date on your main story quest first!

The Rift Altar has 4 separate levels of difficulty, with the rewards getting better the higher the difficulty gets. The daily dungeon limit applies for all difficulties, so make sure to try to clear the highest possible difficult you're able to!

It's possible to enter the Rift Altar with up to 4 other players! Going in alone might lead to you losing on higher difficulties, so do your best to form a party of 5 before entering this dungeon! There's an auto-matching feature here, so you shouldn't have to wait long.

You can swap between Auto and Manual mode by tapping the icon to the left of your chat box! In this dungeon, you will have to defend your 3 crystals from waves of enemies that try to destroy them. Your daily attempts will only be consumed once you successfully clear the dungeon, so even if you fail you can try again.

Enemies will come at you split up in 3 waves. After the final wave, you'll face a boss. The later waves will contain more powerful enemies, so be careful!

By switching to auto battle, your character will attack any enemies within a designated range (by default, 80m). However, if this range is too big you risk moving away from your Crystals, leaving them open for attack. Reduce your auto battle range from the settings screen to be safe!

Denine's HP is quite high, and he has several AoE attacks. If you have many party members, be careful, as having a large amount of spell effects on the ground might make you unable to see the boss's attacks! If you're playing as a melee character, make sure to tap the boss so as to lock on to him!

The boss performs basic attacks with his sword, swinging it around and also thrusting it forward. With this boss, it's almost unavoidable that you'll take some damage, so make sure you prepare some means of recovering your HP.

After performing a straight line AoE attack, the boss will charge forward. This is a dangerous attack that you should always try to avoid, so keep an eye on your evade button!

Rewards Improve Based On Clear Time

You will be assigned a rank depending on how fast you clear the dungeon. The higher the rank, the better the rewards you'll get! Speed (and therefore high damage) is the key to doing these dungeons!