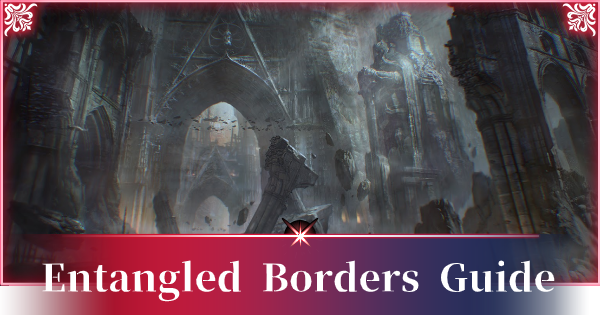 Check out this Entangled Borders Guide for A3: STILL ALIVE. Find out how to unlock, rules, rewards, strategies, rifts and stabilization mode, territory effects, and more!

A Blend Of PvP and PvE

Entangled Borders is a new mode added in the December Update. It includes large-scale PvE and PvP combat, and requires a guild to participate. The objective of the mode is to kill a boss monster in your camp, though you'll also be incentivized to weaken the monster by engaging in PvP combat over objectives.

In order to participate in Entangled Borders mode, your guild master (or vice guild master) must register your guild for entry prior to the event's start time.

While you're engaged in an Entangled Borders match, the gameplay will alternate between two main modes: Rifts and Stabilization. Remember, the primary goal of this mode is to defeat the boss monster in your camp before other guilds do!

Stabilization mode is the phase of the match where your movements will be limited to your own base. This means you won't be able to go out and invade areas held by your enemies. Given that there is a boss monster in your Guild Camp, it's likely this will be the "PvE" phase of the game, where you'll race against time to defeat a boss.

Rifts Mode is the part of the match where you will assertively seek out enemies and try to take territory from them. This will include all-out PvP, forcing you to try to conquer 5 different territories across the map. Capturing territories will provide you with benefits related to the boss monster in your camp! These benefits are different depending on the territory:

Hinder Your Enemies' Progress By Invading

During the Rifts phase of the battle you'll be able to invade enemy camps. Doing so will cause bosses in enemy camps to recover HP! What's more is, the amount of HP they recover will scale depending on how many people invade. It's therefore worthwhile to try to interfere with other guilds' boss progress during the Rifts phase by infiltrating their base with as many players as possible!

Entangled Borders is a guild-only event. This means you're going to need to have a group of people to play with in order to actually do the content. Having fewer people than your enemies will leave you at a massive disadvantage, so your first priority should be to get the maximum number of people to join!

Crowd Control skills (such as stuns, fear, taunt, charm) are particularly important in this type of PvP combat. Before joining, make sure you know your exactly role and switch out to the appropriate disabling skills as necessary!

Entangled Borders is a large-scale battle mode, which means you'll want to make sure you assign roles for each individual players to maximize their efficiency. Some players should specialize in dealing maximum damage to the boss, while others focus on interrupt and taking out enemy players. Striking a balance is important for your team composition!

You'll be able to get both Individual and Guild rewards from Entangled Borders. As expected, the rewards will be better the higher your rank is. If you manage to defeat your boss before all other guilds, you'll attain rank 1 and get the absolute best rewards!