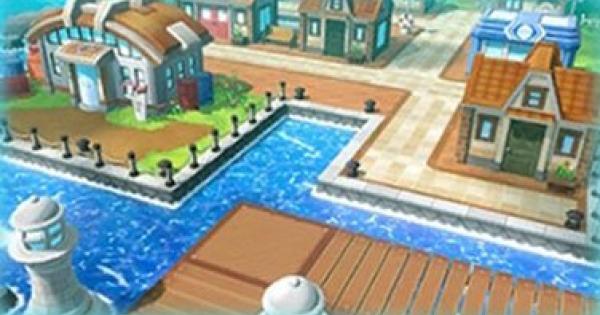 Your Rival will now have 3 Pokemon to fight you with. Remember each of their weaknesses before attempting to fight him.

Your Rival will have Lv.12-13 Pokemon in his roster so be sure to match his level. If you lack any, level up your Pokemon near Route 24.

In Route 24, you'll encounter a man who'll give you a Charmander if you've captured 50 Pokemon or more.

In Route 25, you'll meet with another Coach Trainer that you can fight as an option. Defeating him will give you the TM 15 - Seismic Toss.

5~6. Head Down Underground Path To Route 6

This part of the path is easy and simple to follow. You just need to keep heading down the underground path to reach Route 6.

3. Get Squirtle If You've Capture 60 Pokemon Or More

To the right of the Pokemon Center, you can talk to Jenny. She'll give you a Squirtle if you've already capture 60 Pokemon or more.

Find the Pokemon Fan Club member in Vermilion City and talk to them. Listen to their story & they'll give you a Pikachu Set when they're done.

At this stage of the game, your Rival's roster hasn't changed but their level will range from 20-21. Level your own Pokemon accordingly before battling him.

Mina's Pokemon are a Lv.21 Jigglypuff & Lv.22 Mr. Mime. They're both hybrid Fairy Types and are weak against Poison Pokemon.

How to Challenge the Vermilion Gym Leader Lt. Surge

1. Learn Chop Down Before Entering Gym

You have to go through S.S. Anne and get the Secret Technique Chop Down from the Captain to enter the gym at Vermilion City.

It's best to use Ground Type Pokemon to fight Lt. Surge's Electric Pokemon. These are the only weaknesses of Electric Types.

Check Out How To Beat Lt. Surge!

After defeating Lt. Surge's Pokemon, he'll give you TM36 - Thunderbolt. This hits its target with a strong electric blast & may cause paralysis.

It is steel not still