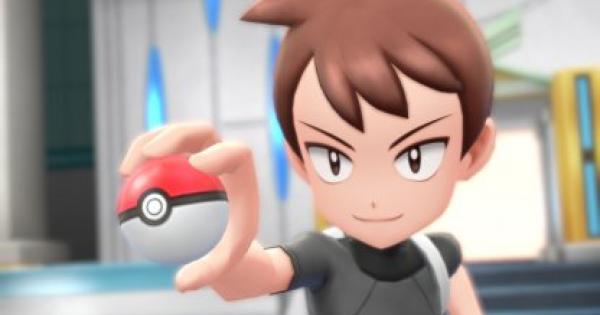 Find out how to beat the Champion (Rival) in Pokemon Let's Go Pikachu / Eevee in this guide! Learn traits of the trainer's Pokemon, how to counter, and play tips.

The roster of the former Pokemon League Champion will stay the same but in your re-matches, they'll be 10 levels more powerful than before.

Use Pokemon Of All Types

Since the Champion (Rival)'s roster is all-around and have Pokemon of all types, it's best to bring in different types of Pokemon to combat them.

The last Pokemon on the Champion (Rival)'s roster is their partner Pokemon. Use Pokemon with Ground Type moves to combat the Electric attacks their Jolteon or Raichu has.

Pikachu will be effective against your Rival's Pidgeot & Slowbro due to their weaknesses. Eevee may not have effective moves in this fight, use it to generate status effects on opponents instead.

Have Lapras In Your Party

Having Lapras, who is both a Water & Ice Type, will help plow through the Champion (Rival)'s line-up. Pidgeot, Vileplume, and Marowak are weak to Ice while Rapidash is weak to Water.

Use Ground Type Attacks Against Jolteon Or Raichu

Electric Types are weak & ineffective against Ground Type attacks & moves. Having a Pokemon with this type of move set will help you combat & take down the Champion (Rival)'s Jolteon or Raichu.

The Champion (Rival) is your next-door neighbor from Pallet Town who embarks on the same Pokemon adventure as you.

how do you get a lapras