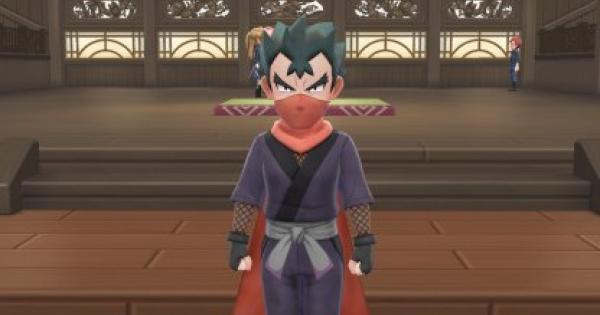 Find out how to beat Koga of Fuchsia City Gym in Pokemon Let's Go Pikachu / Eevee in this guide! Learn traits of the trainer's Pokemon, how to counter, and play tips.

Party Based on Poison Type Pokemons

Koga's party is composed of Poison Pokemon which rely mostly on their common move Toxic to win battles by poisoning enemies to submission.

The common weakness for all of Koga's Pokemon is Psychic. Consider using Pokemon with Psychic moves to maximize effectivity.

Use Psychic and Ground/Rock Pokemon To Defeat Koga

Koga's Pokemon are mostly weak against Psychic and Ground/Rock. Keep these in mind when building your attack team and their movesets so that they will be effective against Koga's team.

Poison attacks have a chance of inflicting Poison status effect on your Pokemon. Have Antidotes ready to counter this when it happens.

Known as the Poisonous Ninja Master, Koga is the leader of the Fuchsia City Gym.

You can fight Koga again after beating the Pokemon League & entering the Hall of Fame. Challenge him again at the Fuchsia City Gym!

Koga's Pokemon are weak to Ground, Rock, and Psychic Type moves. Bring Pokemon with this types of attacks to defeat him!