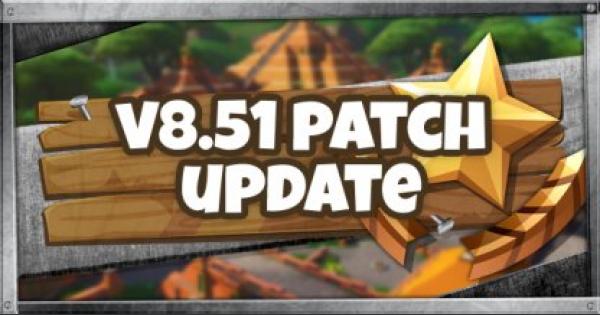 Learn everything new in Fortnite's v8.51 Patch Update, including the release of the Shadow Bomb, and more!

Become One with the Shadows in v8.51 Update

A new weapon is coming to Fortnite with the release of the v8.51 Patch Update. The update also includes various bug fixes and updates!

Time to be stealthy.

Sneak into the v8.51 update tomorrow, May 2 at 5 AM ET(0900 UTC). There will be no downtime but you will need to download a client update.

The Shadow Bomb has the unique ability turning players into a wispy for of themselves, capable of doing wall jumps and double jumps! As smoke, you become less noticeable to other players.

Shroud Yourself in Smoke & Shadows

Becoming a shadowy figure makes it harder for enemies to pinpoint your location. This will allow you to sneak up more effectively and flank enemies when needed.

When under the effects of the Shadow Bomb, you'll be able to do wall jumps and double jumps. Use them to vault across enemy structures and forts to get a better vantage point.

In addition to being nearly invisible and new jump mechanics, being under the effects of the Shadow Bomb will also increase overall movement speed throughout its duration.