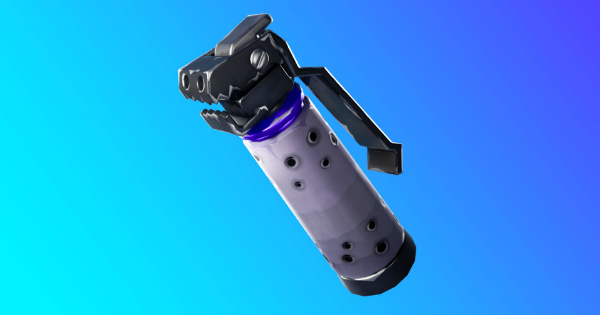 Throw down a Shadow Bomb and become one with the shadows. This Throwable has the ability to transform anyone within its range to a wispy shadow, capable of doing double jumps, wall jumps, and more!

Since the Shadow Bomb is used on yourself rather than enemies, stick to throwing it as close to you as possible. Throwing it farther may prevent it from applying its effects on you.

The main function of the Shadow Bomb is to transform players into a shadow-like form. As his form, you'll be able to use new abilities and become near invisible.

The effects of the Shadow Bomb only lasts 6 seconds. You become more visible the closer the effect is to expiring.

Adds the Ability to Wall Jump and Double Jump

When in the wispy shadow form, players will be able to do wall jumps and double jumps! Don't worry about the height as being in that form also negates fall damage.

Movement speed is greatly accelerated upon using the Shadow Bomb. You'll be able to move quicker than usual.

Players will be locked out of using weapons, building, and taking loot upon using the Shadow Bomb on themselves.

Use to Disengage from Enemies

With the faster movement speed, new jump abilities, and near invincibility, the Shadow Bomb is a good weapon to use when trying to run away from a fight. Throw one at your feet and immediately speed out of the area. Jumping over obstacles makes it harder for enemies to follow you.

The Shadow Bomb can also be used offensively, especially against enemies holed up in their forts. Use one to sneak inside their defenses. You can either take them out yourself or act as a distraction so your allies can launch an attack.

Great for Escaping the Storm

The faster movement speed that the Shadow Bomb offers is extremely helpful when it comes to outrunning the storm. With up to 6 stacks, you'll have 36 seconds of quicker movement speed if needed.

Use Before Getting Noticed By Enemies

When looking to go an offensive with this item, ensure that you use it before any of the enemies notices you first. This will give you the element of surprise and will not have the enemies anticipating your appearance.