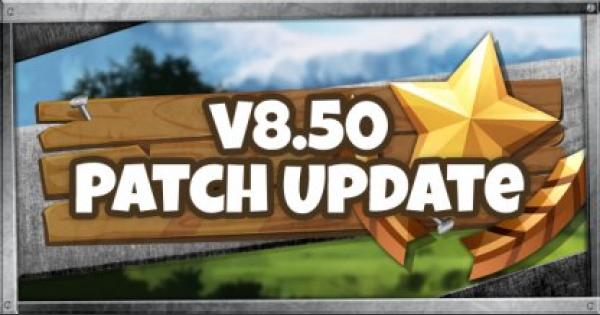 Learn everything new in Fortnite's v8.50 Patch Update, including the start of the Fortnite x Avengers Endgame Event, Endgame LTM, and more!

The stakes are higher than ever in the v8.50 Patch Update with the release of the highly anticipated Endgame Limited Time Mode! Numerous gameplay updates have also been implemented as part of the patch.

Heroes & Villains Fight It Out in Endgame LTM

Become one of the Avengers or side with Thanos and his army of Chitauri in the new Endgame Limited Time Mode.

Check Out the Endgame LTM Here

Players will be divided between the heroes and the villains in the Endgame LTM. Each side must work to achieve their mission, while also fighting against their opposing side to stop them from achieving theirs.

The goal of the heroes side is to prevent the villains team from acquiring all 6 of the Infinity Stones scattered across the map. Only the heroes side can yield the Mythic Avengers items!

Villains Side - Thanos & the Chitauri

The villains side will take on the role of the Chitauri Army whose goal is to collect the Infinity Stones and take out all the heroes. Whoever from the team finds an Infinity Stone first will be transformed into Thanos.