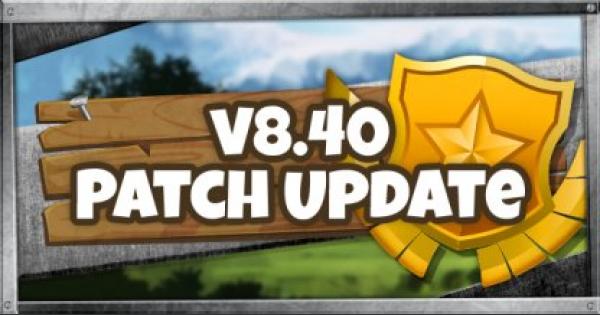 Learn everything new in Fortnite's v8.40 Patch Update, including the return of the X-4 Stormwing and release of new Infantry Rifle variants and the Air Royale LTM!

Set Your Mark and Fly High in v8.40 Patch Update

The v8.40 Patch Update is jam packed with new content, including 2 new Limited Time Modes and higher Infantry Rifle variants. This also marks the return of the X-4 Stormwing!

Starting this update, players will be able to get their hands on higher variants of the Infantry Rifle! Legendary and Epic versions of the weapon will be added to loot pool!

The Legendary and Epic Infantry Rifles will have the same accuracy of its lower-tier counterparts, but with the added bonus of being more powerful. Shoot down enemies with precision and power!

Fly to the Skies, Survive the Lava in New LTMs

The battle takes to the skies in the new Air Royale LTM! Show off your flying skills and outplay your enemies to be the last plane standing in this highly mobile game mode.

Return of the X-4 Stormwing

The X-4 Stormwing has come out of the vault with a grand return in the Air Royale LTM. It's the centerpiece of the LTM and is only available in this game mode.

Check Out the X-4 Stormwing Guide

Take Down Enemy Planes to Win

Each plane has three lives that depletes whenever it is destroyed. As long as the plane still has health, its owners will respawn. When all 3 lives of the team's plane is gone, this will eliminate the team.

Two teams of 50 will fight it out to see which restaurant will come out on top! Protect your restaurant mascot from enemies and the steadily rising lava around you!

As soon as a team's mascot is destroyed, they will lose their ability to respawn when eliminated. Take out the rival's restaurant mascot and the remaining opponents to win in this game mode!

Build to Survive Against the Rising Lava

Steadily rising lava will pose as much threat to your team as your rivals. Build to create a safe surface to move on. Just make sure it's sturdy enough or you might find yourself falling straight into hot lava.