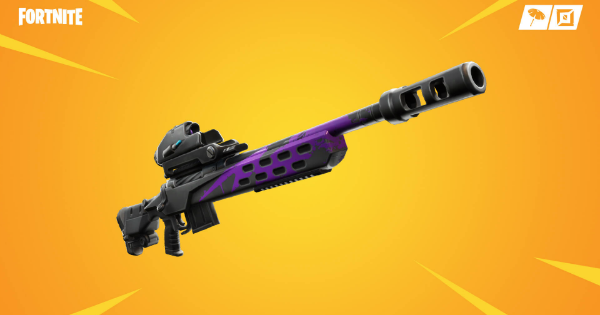 Check out how Storm Scout Sniper Rifle works in the game!

Probably one of the most unique weapons introduced in Fortnite, the Storm Scout Sniper Rifle includes a storm tracker in its reticule for players to use!

As with other Sniper Rifles in the game, the strength of the Storm Scout Sniper Rifle lies in long-range. Without the scope, aiming becomes harder with this weapon.

Other than the usual scope interface, you will also find a storm tracker to the left side of the Storm Scout Sniper Rifle's reticule. With it, players will be able to get live view of where the circle will appear!

The Storm Scout Sniper Rifle has one of the highest DPS for sniper rifles, not because it does more damage, but rather because it shoots faster.

Check on Storm Tracker to Plan Out Next Move

With the Storm Tracker, you'll have an inside scoop to where the next circle will be. Use this to your advantage by positioning yourself in key areas inside the circle and taking control of the area before your enemies get there.