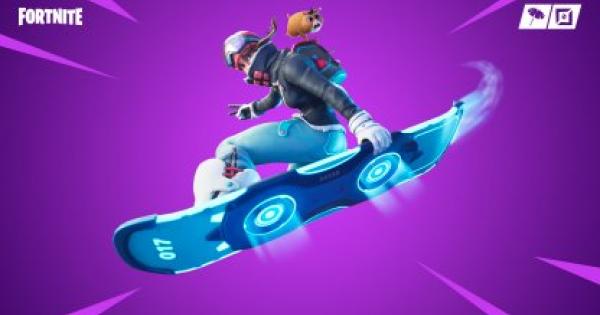 Learn everything there is to know about Fortnite's newest vehicle - the Driftboard! This includes its release information, gameplay features, and more!

Travel in style in Fortnite's newest vehicle - the Driftboard! This futuristic single-player vehicle offers a new way to zip through the map as the only vehicle that allows non-passenger players to use their items!

Released in Time with the Driftin' LTM

As the centerpiece of the Drifting LTM, the Driftboard and the LTM were released together as part of the v7.40 Content Update. It's available in all game modes and can be found scattered across the map.

Check Out the Driftin' LTM Here

Boost for Quick Bursts of Speed

Jump to do a Vertical Leap

The jump ability of the Driftboard will push players a few feet up into the air! It's the only land vehicle with a jump ability.

Does Little Noise when Moving

The Driftboard is relatively silent when in motion, only creating relative noise when using the jump and boost abilities.

Only Vehicle that Allows Drivers to Use Items, Weapons

With your hands free from any driving wheel, players can use items or even shoot their weapons when using the Driftboard!

Revive Teammates Without Getting Off Driftboard

Another feature that will help you out is that you can revive allies without having to get off the Driftboard. Go near a downed ally to get a prompt to revive them.

Cannot Build While on Driftboard

You won't be able to build structures while riding the Driftboard. You'll need to get off one first before you can even access the building options.

Available Across the Map

You can find the Driftboard all over the map. There are special Red Supply Drops that includes one Driftboard in each of them along with some legendary weapons!

Perform Tricks with the Driftboard

Get ready to do classics like the 180 Orbit and G-Flip with the Driftboard! You'll get scored for your tricks and your air time.

Make use of the Driftboard's mobility to survive gunfire. Whether you're trying to runaway and rush an enemy, make sure to swerve from left to right to make yourself a harder target.

Jump Up and Shoot Enemies as You Go Down

Go on the offensive by rushing enemies with the boost, jump, then shoot them as you go down! This may take a bit of practice, but when done right, it can be a viable way to defeat enemies.

Use to Flank Enemies

Due to its overall silence as a vehicle, you can use it to quickly flank enemies and shoot them where they don't expect it! Just make sure not to use boost because that creates a louder noise that enemies may notice.