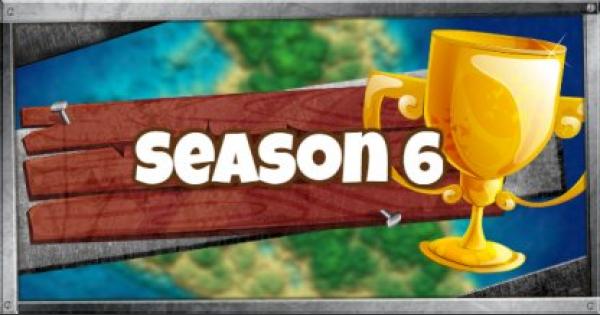 Learn more about the Season 6 release date, and Themes. Will be updated regularly for possible Season 6 Skins like the Cowgirl, and Llama Skin, & probable Battle Pass information.

Season 6 Will Start from September 27th

According to Fortnite Official Twitter, Season 6 Will Start from September 27th.It is actually within 3 days after season 5 end, so almost no time to take a vacation!

The above teaser has the same format as the poster featuring the Llama. Following this logic, the new poster may feature another new skin, themed after the Wild West!

Another teaser has been released through Epic Games' Official Twitter, this time featuring a female skin, resembling a Cowgirl. The caption reads "Saddle Up!"

Fortnite's Official Twitter has released a new teaser for Season 6. You can check out how it looks like from the image above.

Comparing the teaser to the Season 5 Poster, we can see some similarities. The mask in the Season 5 poster belongs to Drift, one of the first Skins you get in the Battle Pass. This could mean that the Llama in the Season 6 Teaser could be a new Skin.

According to Epic Games Official Site, Season 6 will have updated auditory cues that will further help players, by giving more information on player and object movement.

The End Of The Cube's Journey Might Kick Off Season 6

The Cube is a large purple mystery box that -at the time of writing- moves around Fortnite's map. It appeared during the latter weeks of Season 5 and has since changed its location and made map changes along its journey.

Check Out The Cube Here

The Cube Appeared On Paradise Palms

During one of the latter weeks in Season 5, the Rift in the sky created a Cube in Paradise Palms.

The Cube Started To Move Around

The Cube then started its journey by slowly moving around the map. It moves after a certain amount of time.

After moving for some time, the Cube then settles on a particular place and creates a low gravity dome that lets players jump higher and negate any fall damage. It then starts to move again after a certain amount of time.

Map Changes Done By The Cube

With Season 5 coming to a close, players are already speculating at what Season 6 will bring to the table.

Looking Back At Season 5

Season 5 introduced us to the Enforcer. If we were to look back at other seasons, these type of skins may tie-in to the beginning of the next season. So the Enforcer may affect Season 6 the way the Visitor did during Season 4.

Check Out The Enforcer Skin Here

Season 6 May Be Invasion Themed

The Enforcer Skin's flavor text reads: "Balance and order must be restored". With everything that's been happening in the world of Fortnite, one might say that it is a little "chaotic".

There Are Many Enforcers

The seventh Road Trip Loading Screen that you unlock in Season 5 shows the Motel West of Lazy Links. There are 3 Enforcers on the Motel signage, and it looks like they came from a Rift.