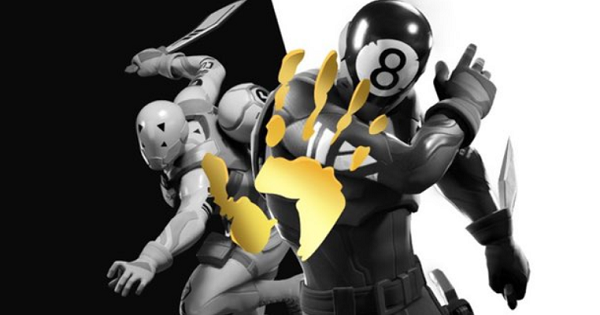 Check out the latest news and leaks for Fortnite Battle Royale Chapter 2 Season 2! Find out what will happen, and what season 2 will look like! Included info on the the chaos engine, and more!

NOTE: This article is based on leaks and assumptions. This will be updated as soon as more information is confirmed!

Check Out the Updates & News Here!

Fortnite's official Twitter account has started posting cryptic tweets, that may allude to the theme and contents for the new season. From what we can see, the images have a black and gold theme, as well as foreign words that mean thugs, henchmen, followers, and more.

The next teaser has been revealed showing a cat. Could this be connected to the last teaser shown?

The first teaser to be revealed shows the image of a ball of yarn with grenades made to look like mice.

An image of a gas tank was shown in the teaser. We can make an assumption that this can be an explosive item in Season 2. Will more explosive items be featured in the second season?

Another teaser featuring a large explosive device has been shared. This time, the item looks like a giant missile with the word KA-BOOM written on it. Are we going to witness a massive explosion on the map?

The final teaser shared for today seems to look like a missile with the letters A and S written next to it. The words NINE LIVES are also prominently shown in the picture. What could these mean?

The final teaser shows the image of dynamite sticks bundled together.

The next teaser reveals the image of a person wearing a mask. The mask resembles that of the Chaos Agent skin.

The third teaser revealed shows an image of a blurry face. Closer inspection of the image shows that there is a lightning storm, and the EGO symbol!

Another image was released with the words Transmission Intercepted. The details on the image are a bit hazy and blurry, but it continues to keep in line with the black and gold theme.

A black and gold image was shown with the words Transmission Intercepted. This kicks off the several teasers that Epic has posted on social media to hype us for the second season of Fortnite!

The latest teaser features a golden man hiding behind the mask. The mask seems to resemble Chaos Agent, a skin that was introduced during 2019's Fortnitemares event. Chaos Agent may have something to do with the upcoming season!

Prior to Season 2's release, Fortnite's official Twitter has updated their profile picture and banner image. Both of these pictures now have a theme of black, white, and gold!

Changes Based On Teaser Image

▲The image was manipulated to bring out hidden details in the background.

Taking a closer look at the teaser image, we can see that there is a helipad on the left, and a building on the right side of the image. This could possibly be a new area that will make its debut once the new season drops!

One of the golden triangles featured a ship. The image also looks like it was raining hard. This ship could be related to the N-O-A-H letters found in Holly Hedges.There might be a great flood happening during Season 2!

The game's official site hinted at new elements coming to the game. However, these were hidden behind gold bars. Given the changes to the official twitter account, and golden furniture appearing, the new season may likely be gold themed.

Gold Mats May Make Their Debut

Epic has also stated that Fortnite will start to use the Unreal Engine's Chaos physics system. This will allow for more realistic destruction of environments! You can check out the demo video above!

Chapter 2 Season 1 was a simple season in terms of modes of transportation. However, there have been rumors that suggest that movement-based items such as the Jump Pad will be making their return!

Trios May Make a Comeback

Fortnite's official website changed their banner for the competitive tab. It now depicts three people, which may hint at trios making a comeback in the competitive format!

During Season 2 Chapter 1, it was shown that a purple liquid was overflowing from Steamy Stacks into the river. This may cause changes to the map, or the fish in the river!

There have been rumors circulating that an Annual Pass will be introduced. This pass will grant players access to the whole year's battle passes, as well as reward them with exclusive items and rewards! However, the inclusion of the Annual Pass has not yet been confirmed.

Fortnite's Chapter 2 Season 2 is expected to release on February 20, 2020. However, there are no official statements that reveal the start time of the new season. In the meantime, you can check out the patch notes for Season 2!

What We Know So Far