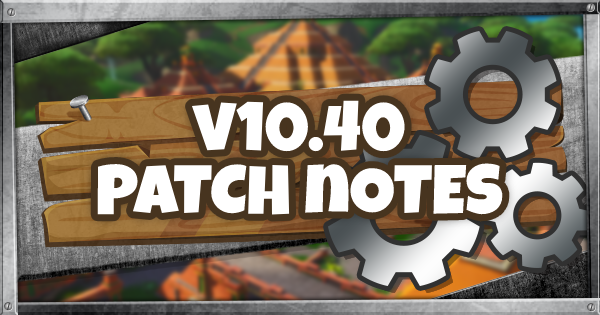 The 10.40.1 release date has been confirmed. Downtime is expected. Patch size will be larger than usual for Nintendo Switch.

Out Of Time Mission

Out of Time Overtime Mission is coming on October 8! Rewards will be XP, cosmetics and commemorative loading screen.

Mission Last Only For 5 Days

The Out of Time Mission will be available from Tuesday, October 8 at 9 AM ET until Sunday, October 13 at 2 PM ET.

Out of Time Mission Challenges

Flint-Knock Pistol is coming back!. Welcome this unique weapon and enjoy the knock back feature!

Season 10 Extended For A Week

The new season start would be around Oct 14-15! Enjoy the last part of the season 10 and get ready for the next season!

Zones Wars Desert, Vortex, Colosseum, and Downhill River LTMs have been consolidated into two LTM playlists. Queue into either playlist to play one of the four Zone Wars maps at random.

The 10.40 release date has been confirmed. Downtime is expected.

Take down all targets along the way and get to the goal as quick as possible in the new playlist - Combine! Check out if you're up to speed or if you're left behind in the dust in this exciting new playlist.

Shoot down stars to get some good loot in the newest Rift Zone on the island! The Starry Suburbs rift zone will feature shooting stars on a backdrop of a suburban block. It's in between Junk Junction & Pleasant Park.

Bouncer is Back from the Vault

The Bouncer has been released from the vault and can now be found as loot across all game modes. The trap item functions the same as it did before it was vaulted.

Grab some friends and grind for XP this coming Double XP Weekend. All XP you earn when playing matches will be doubled from Sept. 27, 1PM to Sept. 30, 1PM (UTC).