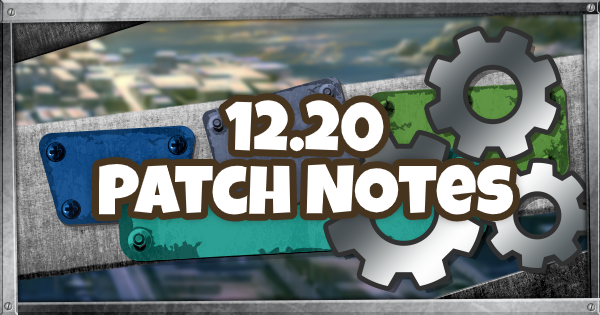 Check out what's new in the 12.20 Patch / Content Update of Fortnite's Chapter 2 Season 2. This includes release date, content, and more!!

The second of the season is slated to be released on March 17, 2020. This was announced via the official Fortnite Status twitter page.

With 12.20, a new vehicle CHOPPA was introduced. Will it change the meta of the season? Check out the details in the following link.

Skin Preset feature is introduced. This will allow you to make presets. You can make 10 presets at maximum. Get ready for fashion shows!

Check Out How to Create Locker Presets

Check the right bottom corner at the challenge screen. Hover it will show "Spy Games'. We think the game mode will be out soon.

The content is based on leaks and our assumptions.

According to Fortnite Community, they are planning to fix the following issues in the near future. The other content update will be added once we confirm the news!

The first update the season shouldn't bring that many changes to the game. Most of the updates are focused on creative mode!

A lot of prefavs and props have been added to Creatives mode. One of them are Eggsellent Eggs which can be used as props or collectibles. Perfect for the upcoming Easter Sunday!