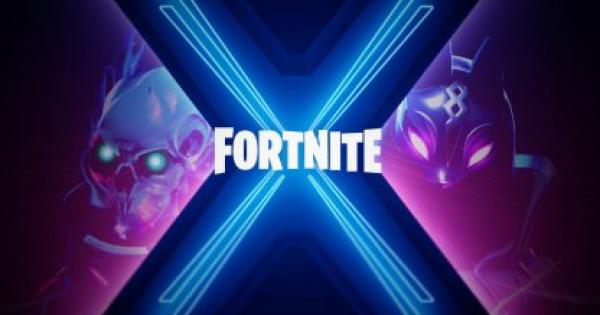 Find out everything to know about the Season 10 (X) Teasers here! This includes details on teaser images, teaser message, season 10 date, and more!!

On July 31, one day before Season 10 starts, Epic Games posted a teaser movie, where the "Zero Point" ball explodes.

No Change In In-game Map

We have observed if any change in the game, but nothing had happened before and after the teaser movie was released. It could be possible that something with the Zero Point could happen just before the season end.

On July 30, the third teaser was pushed from Fortnite official twitter with a message "Twist Time." Those are characters on the images are probably related to Season 10 skins. One at right might be another version of Drift. Given the teaser, the season 10 might be a mixture of future and past themes.

On July 29, the second teaser was pushed from Fortnite official twitter with a message "Look Forward." Looks like Mech with X. X is possible 10 and season 10 might be called Season X. Season 10 theme will be with robot? What do you think?

On July 28, the first teasers came up with a message "Think Back", possibly meaning the next season is something related to "past". This was a surprise as we thought the next seasonal theme would be relating to space.

Dusty Depot Is Back?

If you have played from past seasons, you should know what the image about. Yes, the image is Dusty Depot where the current Dusty Divot is located. So it's likely the new season theme "Past" contains Dusty Dopot coming back!

With the end of a season, another one starts! Fortnite's Season 10 is coming and there's a lot of speculation going around on its theme and what it will bring to the island!

Check Out Our Assumption About S10