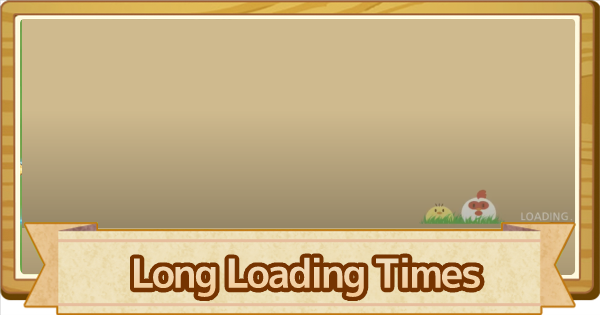 Check out what to do for long load times in Story of Seasons: Pioneers of Olive Town (SoS Poot). Find out information about patches, loading screen time, & developer comments!!!

Long Load Times - What To Do

Story of Seasons: Pioneers of Olive Town has been experiencing load times which many players would consider to be of unusual length. The frequency with which you have to see load screens has been the subject of a lot of criticism among Japanese fans, many of whom voiced their opinions in public. The developers have since responded, apologized for the inconvenience, and laid out a plan to improve the game in the future.

"First, we'd like to extend our gratitude to all the people who have purchased and played our game so far. We would like to apologize for the fact that, even after you so kindly waited for the newest release in the SoS franchise for such a long time, we failed to meet your expectations due to a number of bugs and errors, including long load times, inconvenient system features, and other game immersion-breaking issues. We are deeply sorry for this."

The Japanese version of Pioneers of Olive Town received a significant bug fix patch on March 16th, which brought the following changes:

■ Reduced length of some load times

Most importantly here was a noticeable reduction to the load times of the game. It seems that the English version of the game launched with version 1.0.3 already active, so you don't need to update your software for the above changes to take effect.

In this above video, you can get a glimpse of just how long loading times were prior to the March 16th patch.

Unfortunately, there currently isn't anyway to reduce loading times in-game. In fact, as mentioned above, load times have already been reduced quite substantially. We will have to wait to see if further patches improve this condition. In the meantime, what you can do is strategically plan the amount of times you go to town each day. If you want a smoother experience, try to plan your town outings to avoid redundant trips!