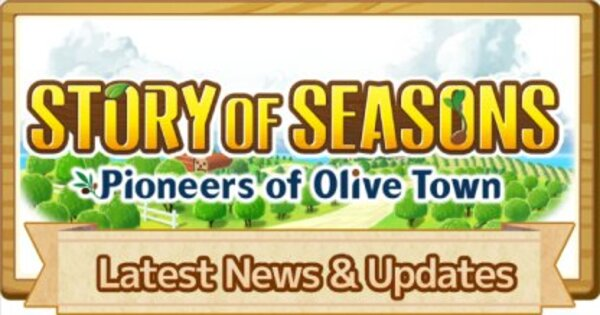 Pioneers of Olive Town's first paid DLC is set to go live on March 25th, 2021! This DLC's main content revolves around new clothing for the main character and romanceable characters, as well as the addition of a new mini-scenario.

An update was rolled out on March 16 to address the following issues:

The following errors have been recognized and are set to be fixed in April.

■ After an animal birth event, player data might get corrupted if they save on the same day
＜How to Avoid＞
Only save the day after an animal is born

■ After getting married, an event on Summer Day 1 will cause players to get stuck
＜How to Avoid＞
Sleep on the 28th day of Spring, after 0 AM

Continued Support Based On User Feedback

It has been announced that the developers will not only provide bug fixes, but will continue support based on player feedback. Here are some of their proposed fixes:

PoOT: How To Update Your Switch Device

Pioneers of Olive Town will update automatically if you have an active internet connection. However, you can manually update by pressing "+" key on the software selection screen.

May Need To Restart Unit

If the update isn't applied for some reason, you can opt to restart your Switch device by holding the power key and restarting.

If you have a device which is updated and another which isn't, you can choose "Match Nearby Device's Version" to update the files of a nearby console. This allows you to update even if you don't have an internet connection.