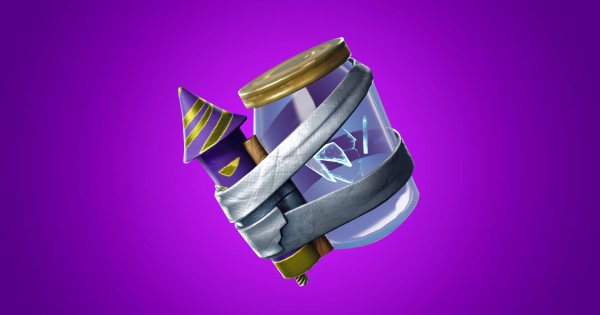 ΩΩ
ΩΩΩΩ
ΩΩΩ:p:Literally bringing down objects from the sky, the Junk Rift is a special kind of weapon wherein it summons objects to damage enemies. Nothing is left upon its descent.ΩΩΩ:h3:Effective RangeΩ

Ω
ΩΩΩΩ
ΩΩ:p:Just like any other throwable, the Junk Rift's best range is at middle range. It's less accurate at long range and at short range, it puts you at risk of being hit by the summoned objects. ΩΩΩ:article-ad:ΩΩΩ

ΩΩ:h3:Junk Rift - Weapon TraitsΩΩ:h4:Summons a Single Object from the AirΩ:p:The Junk Rift's main feature is its ability to open a rift and drop down an object from the sky. These objects damage both enemies and structures it falls on.Ω:h4:Completely Destroys All StructuresΩ:p:Summoned objects can completely decimate every structure that can be destroyed. No matter the structure health, it will be destroyed.Ω:h4:Objects Cause ShockwavesΩ:p:Upon hitting the ground, the summoned objects will create a shockwave that can knock back and damage enemies. Shockwaves do 100 damage if it hits successfully.Ω:h4:Summoned Objects are RandomΩ:p:Items that drop down from the rift are completely random. You won't be able to choose what will come out of the rift, but they will all do the same damage.Ω:h4:Drops with Ammo & WeaponsΩ:p:It's also possible for weapons and ammo to drop along with the summoned objects. These are random so they're not a guarantee.ΩΩΩ:h3:Junk Rift - Weapon TipsΩΩ:h4:Use to Snuff Out CampersΩ:p:Buildings don't stand a chance against the Junk Rift so it's a great way of taking down any campers. They'll go down along with the building in one easy throw!Ω:h4:Use to Destroy BRUTESΩ:p:Probably the best weapon right now to counter BRUTES, the Junk Rift can completely take down BRUTES with just one hit. Just make sure to time your throw so that it summons when the BRUTE can't run or jump away.Ω:h4:Throw Above Distracted EnemiesΩ:p:See enemies fighting someone else or busy in their fort? Throw a Junk Rift at their direction to squash them wher ethey are.Ω:h4:Use to Deter PursuersΩ:p:If you find yourself being pursued by an enemy, you can use the Junk Rift to as a mean of escape. Throw it above you just so it drops either hit or be an obstacle for your enemy.ΩΩΩ

ΩΩ:p:Grab a gun and deal some damage! Although there are other ways to deal damage in Fortnite, it's through weapons that you can deal as much damage against your opponents during fights.ΩΩ:h3:Requires Ammo to UseΩΩ

ΩΩ:p:Most weapons will require you to have their specific bullet type to be able to use. Familiarize yourself with which ammo goes with which gun to make the best of it.Ω:article-ad:Ω