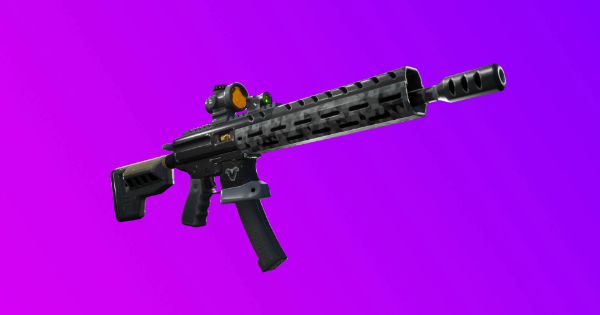 The Tactical Assault Rifle becomes more powerful the closer it is to its target. Due to its high fire rate, its bullet spray makes it less accurate for enemies at farther distances.

One of the Tactical Assault Rifle's main feature is its high fire rate. This allows it to shoot out more bullets compared to other available Assault Rifles.

The extended magazine allows players to shoot out for longer durations before needing a reload. This feature goes hand-in-hand with the Tactical Assault Rifle's high fire rate.

The Tactical Assault Rifle's features make it most effective at close to mid range. It's highly specific to close to mid-range distances as it is where it performs best.

Due to the high fire rate, it's fairly easy to burn through a magazine even with its extended magazine. Reload before a fight so you won't get caught reloading in the middle of a gun fight.

Unlike other Assault Rifles, the Tactical Assault Rifle isn't as versatile when it comes to its range. Compensate for this by having another weapon that can work for further ranges.

Keep Aim at Middle of Body

Enemies on instinct will jump up to make it harder for them to be hit. Keep your aim at the middle of body.