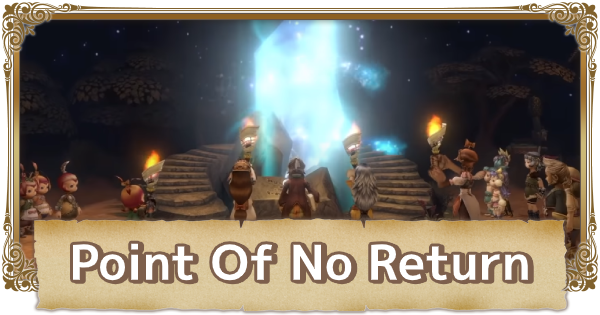 Check Out The Beginner Tips & Guides

Make sure that the character you created is the one you intend to use throughout the game. Once you've created your character, you won't be able to change anything about their appearance and background anymore.

Although you are not able to change your character's looks, you may use the Mimic system, a New Feature in Remastered version to replicate the looks of one of the story side characters.

The 4 tribes that you choose from in the game are different from each other not only in appearance, but in their abilities. Choose your tribes carefully as it will dictate your overall combat gameplay.

Family Trade will give bonuses and abilities outside of battle that can help you and your party to fight. This can either be in creating items, selling them, or even growing wheat!

Can Create Up To 8 Characters

Don't worry about missing out on gameplay and trades when you create a character because you can easily create up to 8 of them per save to support each other in their adventure! This is actually essential to creating the best gear in the game.

Players will be able to unlock new scrolls every time they level up on their Alchemist Production Level. However, there are items that you can unlock only once per save!

Single Scrolls Per Save

Do Not Forget To Receive Force Ring Scroll

No Sharing Of Crafted Items

When you've crafted an item, whether it's weapons, armor, or accessories, it will become locked to your character. It cannot be shared to your party members after it's been crafted.

To be able to share items, especially strong gear, you will need to share it in scroll form instead of when it is crafted. This way, whoever you share it to can craft it on their own.

One Ultima Weapon Per Data

Dungeons Increase In Level After Every Completion

A dungeon will automatically increase in level with every Myrrh collection. When it increase its level, it cannot be reversed to a lower level anymore.

Tips When You Over Leveled Your Dungeon

The Diary will note your progress throughout the story and it will naturally adapt to the choices you make. You won't be able to change your choices and it will be recorded in your diary.

There are parts in the story that will completely halt your Diary entries. You'll need to clear them first before your entries would resume.