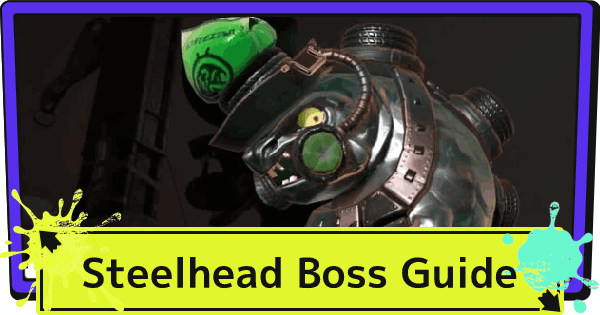 Steelhead is a Boss Salmonid in Splatoon 3. Learn more about Steelhead, its characteristics, basic attack patterns, tips on how to defeat it, and boss fight strategies you can use.

How To Defeat Steelhead

Attack The Bomb Above Its Headgear

Steelhead can create bombs on its headgear. This boss salmonid can be defeated by attacking and destroying the bombs as they are being created by the Steelhead. Even if the bomb cannot be destroyed on time, you can still inflict Steelhead with accumulated damage over time from attacks, making it easier to destroy the bomb the next time it is generated.

Recommended To Use Ranged Weapons

Weapons are specified in Salmon Run, so when defeating Steelhead, prioritize weapons that have a long range so you can attack from a distance and aim better at Steelhead's headgear.