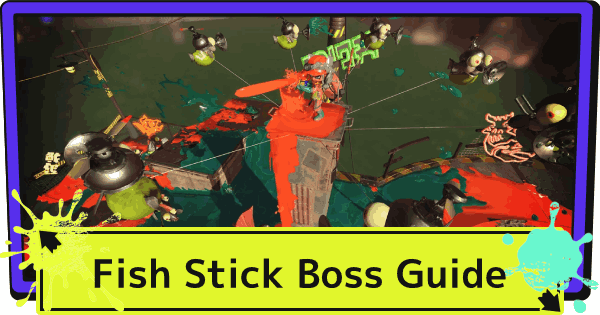 Fish Stick is a Boss Salmonid in Splatoon 3. Learn more about Fish Stick, its characteristic features, attack patterns in boss fights, the rewards & how to defeat it in this guide.

How To Defeat Fish Stick

Splat The Smallfry Encircling The Pillar With Ink Shots

Fish Stick is a new Boss Salmonid that can be defeated by knocking out every Smallfry carrying the pillar. You can ink the Fishstick's pillar that has been planted on the ground and then use Squid Surge to easily climb up the pillar. Once on top, hit the Smallfry orbiting around it to defeat it!

Remaining Pillar Can Be Used As High Ground Against Others

After defeating the Fish Stick, the pillar stays until the rest of the wave. You take advantage of it by using it as a high ground against other Salmonids.