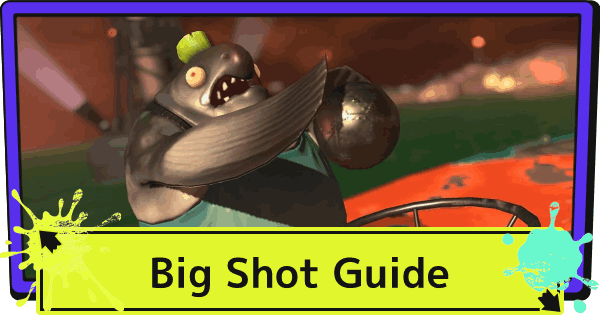 Big Shot is a Boss Salmonid in Splatoon 3. Learn more about Big Shot, its characteristic features, and attack patterns in boss fights, plus how to defeat it in this Big Shot guide.

How To Defeat Big Shot

The new boss Salmonid, Big Shot, can be seen moving back and forth between the sea. It can be destroyed by continuing to hit it during that time.

After Big Shot is defeated, the launching pad will remain for a while which you can use to send the dropped Golden Eggs to the area near the containers of the team.