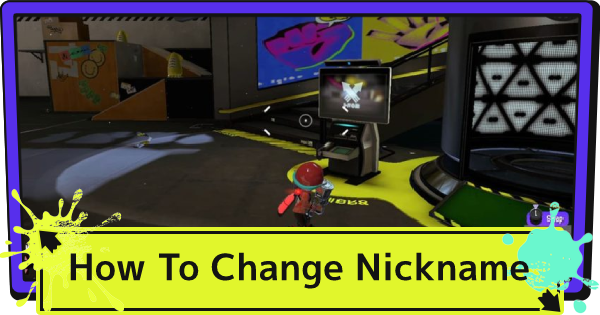 Splatoon 3
How To Change Nickname

How to change in-game Nickname in Splatoon 3. Learn how to change the default player name including the location where to customize the player ID Nickname shown in the Splashtag.

How To Change Default Player Name

At the beginning of the game, the player's id name starts as "Player". If you go to the lobby and play a Turf War (Regular Battle), a dialogue cut scene event will occur in the lobby after the match ends and you will be given an option to decide the nickname you would like to use.

How To Change Nickname

Name Can Be Changed At Any Time From The Lobby Terminal

Nickname Cannot Be Changed For 30 Days After Changing